Source: Brookline News
Natalya Mihailova | 03 November 2015
Archbishop Demetrios, Primate of the Greek Orthodox Church in America and Chairman of the Board of Trustees, installed the Rev. Christopher T. Metropulos as the 21st president of Hellenic College Holy Cross Greek Orthodox School of Theology on Oct. 29 in the Pappas Gymnasium. 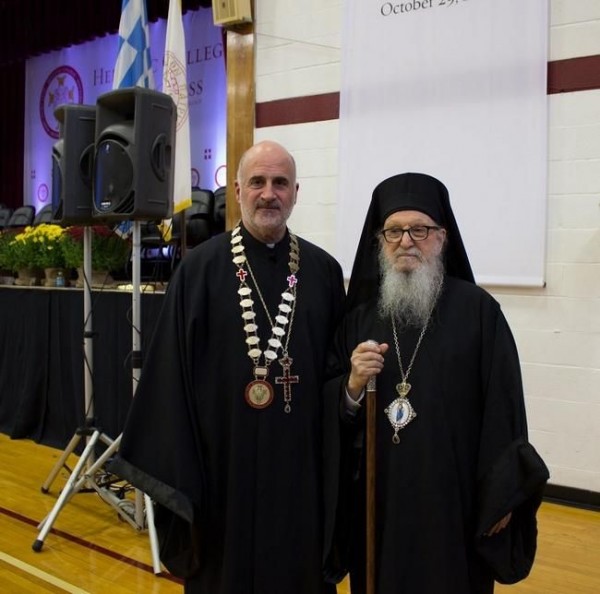 Prior to his appointment, Metropulos was the presiding pastor at St. Demetrios Greek Orthodox Church in Ft. Lauderdale, Florida, where he served for 25 years. He has also represented the Greek Orthodox Archdiocese of America at the U.N. and U.S. Missions.

A nationally known media personality, Metropulos is the founder, host and executive director of the Orthodox Christian Network, myocn.net. He holds a Bachelor of Arts from Hellenic College, a master’s of divinity from Holy Cross and a Doctor of Ministry from Pittsburgh Theological Seminary.

HCHC is the only accredited Orthodox Christian College in North America. Since its inception in 1937, it has developed and increased ordained and lay vocations to the church and community.