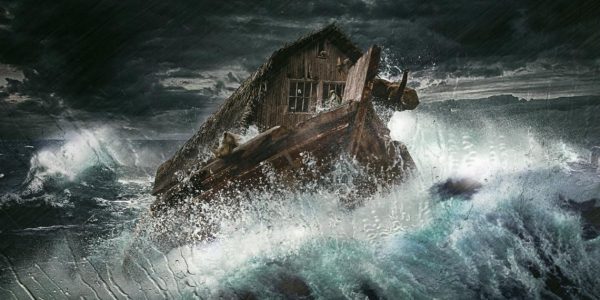 There are periods of history that fascinate me, particularly if their events can be felt in our present world. My method of study is to read multiple works with a focus on detailed accounts and only a minor amount of analysis. The past couple of years, my attention has been drawn to periods of plagues and pandemics (surprise). It is undoubtedly the case that these have been turning points in human history. The plague of Justinian (541-549 A.D.) was a key factor in the rise of Islam a century later. The Black Death (mid-1300’s) changed the face of Europe and, I believe, helped sow the seeds that would  become the Reformation. England had outbreaks of the Plague (several different kinds) in the 1600’s, together with the Great Fire of London (1666), and the English Civil War (1642-1651) during which there was constant turmoil within the governing powers and widespread experimentation within religion. It is a period that contributed many key ideas to what today we call “modernity.” This aspect of human history stands in stark contrast to treatments in which one idea of one thinker leads to another idea by yet another thinker, and so on. It’s never really accurate to make statements like, “Augustine was the root cause of later Western heresies…” (or some such thing). History doesn’t work like that: it’s a tsunami.

It has become a commonplace to think about the role of comets and asteroids crashing into our planet. It seems to have wiped out the dominance of dinosaurs and allowed for the rise of mammals (66 million B.C.). That event, it is said, was one of a number of near-extinction events on the planet. In the billiard-ball universe in which we live, such events happen all the time (somewhere).

The 17th century in England saw the fall of the government (after a fashion), and with it, the control of religious conformity and publishing. It resulted in an explosion of religious fervor and creativity. There were Anglicans, of course, and various groups of rival Presbyterians. The Puritans were largely Presbyterian and Calvinist. There were also various other groups, some with very radical ideas: Fifth Monarchists, Grendletonians, Muggletonians, Ranters, Quakers, Seekers, Brownists, Diggers, Levellers, Baptists. What is most striking about this explosion (for me) were the groups espousing various forms of millenarianism, expections of a coming of the Kingdom of God on earth (the “Fifth Monarchists” counted four monarchies described in the book of Daniel, and were awaiting “King Jesus,” the Fifth Monarch). There were various suggested plans for a Communist state, and for the abolition of all royalty. If you can imagine a modern radical idea, you can probably find someone who was preaching and writing about it in 17th century England. Many of those ideas were exported to America, and some of them found ways to become “respectable.” Much of Modernity began in those decades – and, of particular note – began as religious ideas. Modernity has always been a religious movement.

I want to return to the image of a tsunami. A single explosion or tectonic shift in an ocean setting is enough to flood the coasts of vast regions. Around 8,000 B.C., a landslide in Scandanavia created a tsunami that flooded vast portions of Southern England and other areas of Britain and helped bring an end to “Doggerland,” the ancient landbridge that connected Britain to the Continent of Europe. We can only imagine the changes it brought about at that time. The religious/political tsunami that was 17th century England continues to flood the world with the detritus of modernity. In many ways, we are as impotent in its face as the prehistoric inhabitants of Britain were against the tide of the North Sea.

It is in this wash of culture and its flood that it’s worth thinking about the Church (Orthodox) as an ark of salvation and safety. It is an ancient image of the Church, a place where God gathers those who are being rescued. The ark is not an instrument of flood management, however. It is a raft. Modernity imagines itself as the manager of the world and its historical processes. It is an idea that is itself part of the destructive flood of our time.

We are not the cause of the tsunami, nor may we even point to those in whom the tsunami has risen the highest. On an individual level, history can be met with choices (many times). On the aggregate level, history is the result of choices made long ago and by others – and, even then, those choices are rarely accurately described as conscious decisions.

If you sit and stare at a flowing creek for long, perhaps playing about its shallows with sticks and such (this is an activity my grandchildren have afforded me from time to time) it is possible to see how utterly connected the many currents and flows are with one another. An action in one spot can yield a reaction downstream, though the one downstream may know very little of what happened before. We individuals who inhabit this point in the stream of time fancy our decisions as though they were independent of so much that went before. We climb on the ark of the Orthodox faith with very little regard to how that particular “stick of wood” came to be floating just here, just now. In point of fact, it came here with the tsunami of modernity.

The strange ideas of 17th century England washed up on the shores of America and provided the lumber for the modern project. They spread in other directions, as well. Through the nations of Europe (aided by other local tsunamis), they washed up in Russia, in time. Just as England had its Civil War in the 1600’s, so Russia had its Civil War in the 1900’s, with borrowed ideas and slogans and improved techniques. The English Civil War beheaded a king and hung an archbishop. The Civil War in Russia executed the entire Royal family and soaked the fields of that land with the blood of millions of Christians (and many others). As the water from that tsunami rose, it washed an intelligentsia and a Church out onto the shores of Western Europe and America. Some of the voices of that political/religious detritus spoke well and kindly to their Western havens of rescue. Indeed, they spoke so well and kindly, that, in time many of the children of those rescuing havens joined them in their ark of safety. Orthodoxy, in a welcoming form, came to our shores on the tide of Communism’s atrocities. As history goes, it was a welcome accident.

From onboard the ark, we view things a bit differently. First, we trust that God is the Lord of the tsunami just as surely as He is Lord of the sparrow and the lillies in the field. The mystery of how He works all things for our salvation is summarized in His crucifixion. Most of that mystery is simply opaque. It is a confession of faith that the Cross represents the interpretation of all things. It is what I learned on board the ark.

That being the case, it is for us to give thanks for all things, try to stay dry, and wait for the waters to recede.