Has the End of Time Drawn Near? 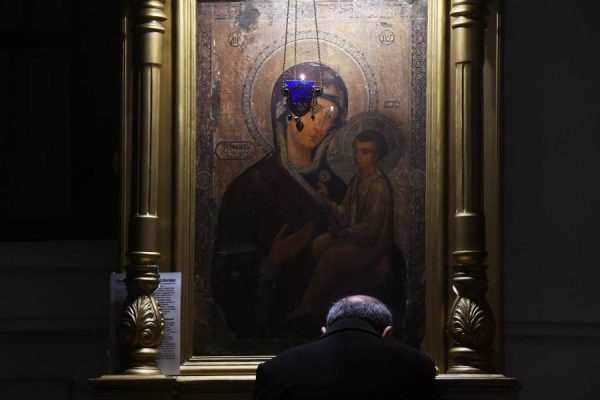 When Jesus’ disciples asked their Teacher about the signs of His coming and the end of the world, He did not specify a date, but rather talked to them about signs whose purpose was nothing other than indicating that “the coming of the Lord is near.” Then He tells them, “But of that day and hour no one knows, not even the angels of heaven nor the Son, but My Father only,” because the Son of Man “comes (like a thief) in the hour they do not expect.”

It is not for man to prophesy about the end of the world and venture to propose dates for it. Jesus warned His disciples about such people, describing them as false prophets and antichrists. The Christian must only be ready at every moment for Christ’s coming. There is an ancient text iterpreting the Gospel of Matthew whose author is anonymous which says, “What is the reason for concealing the date of death from man? The date is hidden from man so that he will constantly do good, expecting death at every moment. Likewise, the date of Christ’s second coming was hidden from the world so that the generations may spend their life in expectation of His return.”

“Watch therefore, for you do not know what day your Lord is coming.” In his interpretation of this verse, Saint Hilary of Poitier (d. 367) says, “The Lord is teaching us that there are benefits to our ignorance of the date of His return (which He has concealed from all by His silence), spurring us to keep watch and keep His commandments. We must be occupied with constant prayer in order to prevent the thief from sneaking in… It is good for us to be prepared. Our ignorance of the date of Christ’s coming must spur us to be awake, since we await His coming eagerly.”

When the Church talks about Christ’s second coming, she does not mean to say that He came two thousand years ago and then was completely absent until He comes again at the end of time. Christ is present in His Church and has not been absent from her for a moment. Therefore the Christian must live as though the end of the world has occurred, since the Church is an image of the kingdom to come and Christ is present in her through the holy mysteries and His living word. So what more is there to wait for than this? What is meant by the second coming is when Christ will visibly appear for a second time before all the peoples.

What confirms what we have said is that the signs that Christ mentioned in His reply to the apostles are signs that have been repeated over the course of history, even in every generation. Indeed, we encounter these signs at every time and place since the creation of the world– wars, famines, plagues, earthquakes and floods… Let us not forget that the first world war happened when Cain killed Abel: half the world killed the other half! And epidemics from the Black Plague to the Spanish Flu to AIDS and swine influenza and natural disasters from Noah’s Flood to the tsunami in Indonesia… each generation has its wars, its plagues and its natural disasters. Therefore these signs serve to remind the faithful to do good and repent and are not simply to announce to them the end of the world.

The sin that dominates the world today is not new and so it is not possible to predict the date of the end on the basis of the events that are occurring today, especially in our countries from the Tigris and Euphrates to the Mediterranean. The Apostle Paul says, “But know this, that in the last days perilous times will come: For men will be lovers of themselves, lovers of money, boasters, proud, blasphemers, disobedient to parents, unthankful, unholy, unloving, unforgiving, slanderers, without self-control, brutal, despisers of good, traitors, headstrong, haughty, lovers of pleasure rather than lovers of God, having a form of godliness but denying its power. And from such people turn away!” (2 Timothy 3:1-5).

There is no benefit to talking about the end of the world with a literal interpretation. Instead, we must regard it as a call to repentance and goodness. After all, is not each person’s death the end of the world for him?! For him, what is the difference between a single death and the deaths of six billion people alongside him, at that moment? Why should we occupy ourselves with a matter in which we have absolutely no say? Our lack of knowledge of precise times is a great mercy from God!