Rights of Christians trampled in 75% of the countries – statistics

Source: Interfax-religion
Natalya Mihailova | 03 July 2015
Moscow, July 3, Interfax - Christians are the most persecuted religious community in the world today; their rights and dignity are trampled in 75% of the countries in the world, say participants in the conference on Persecution of Christians in the World held in the building of the European Parliament in Brussels. 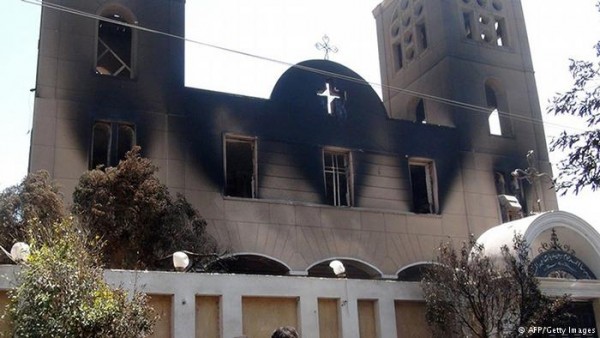 “The mass media would willingly report killings of Christians in the Islamic world while passing over in silence the cases of persecution taking place in other countries and in peaceful situations. Disrespect for freedom of faith inevitably begets the violation of other freedoms, political and economic,” website of the Russian Orthodox Church reports on Friday as its members also attended the event.

Participants in the forum note that in many countries, the discrimination of Christians has grown into mass persecution against people of other religions when the religious factor becomes an instrument of pressure brought to bear on dissent and disliked minorities.

“It should be admitted that it is easier today to reach a consensus in the European Parliament with regard to persecution for a faith or religious beliefs if Christians are not mentioned at all,” European Parliament member Cristian Dan Preda said at the meeting. According to him, “the religious component of the protection of Christians should become one of the key factors in the foreign policy work of the European Union for the sake of the preservation of peace”.

Participants in the forum in the European Parliament commemorated with a minute of silence the Christians victimized by Christianophobia today.

Most viewed articles
The Authenticity of the Vision of Christ in the Life of Saint Silouan119
Epistle of the Council of Bishops of the Russian Orthodox Church Outside of Russia101
Living with Cunning People73
“A New Creation” Through the Cross of the New Adam63
The work of the Church in society is quiet, but full of hope and love, says the Director of Lumina Publications34
Most popular authors
Archimandrite Zacharias Zacharou119
Pravmir.com team101
Fr. Andreas Agathokleous72
Priest Philip LeMasters63
Ștefana Totorcea34