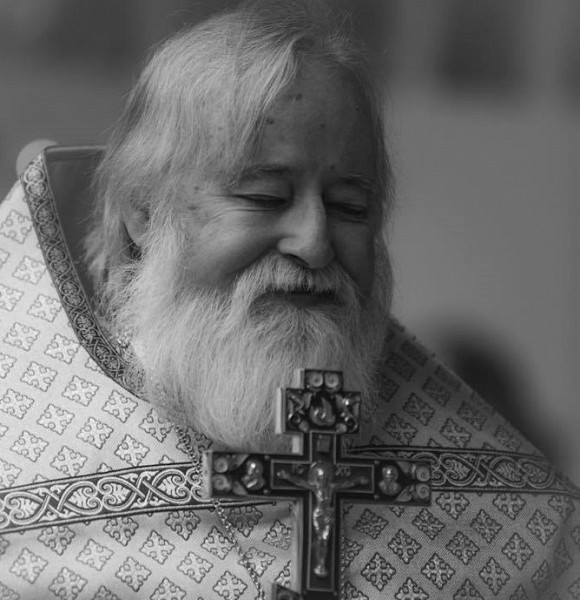 On July 25, following a long illness, the ROCOR Eastern American Diocese reported that their cleric, Archpriest John Moses of the Holy Myrrhbearers Church in Harrisonburg, Virginia, has reposed in the Lord.

The ROCOR Eastern American Diocese posted two videos, his final sermon, entitled “What does it mean to be a servant?” which manages to be both simple and deep, and the other, a longer discussion on “Living a Balanced Orthodox Life”, given at a youth seminar.

Fr. John and his wife, Alexandra, were born and raised in Virginia’s beautiful Shenandoah Valley, which is surrounded by the Blue Ridge and Allegheny Mountains. They have two children, Elizabeth and John, a son-in-law, Deacon Thomas Opyoke, and a granddaughter, Abigail. Fr. John was raised as a United Methodist, and his wife was raised in the Baptist Church. He received his Master of Divinity degree from Duke University and served as a Methodist minister for 20 years. The family first encountered the Orthodox Faith while he was on a leave of absence to do graduate study at the University of Durham, England. By the grace of God and owing to the warm and sacrificial support from Orthodox clergy he met in the years after his return to the U.S., he and his family converted to the Orthodox Faith.

Fr. John was ordained to the diaconate and priesthood in September 1996 by Bishop Hilarion of Manhattan (later Metropolitan of Eastern America & New York). From 2009 to 2012, he served as a member of the Eastern American Diocesan Council, and during Great Lent 2010 was elevated to the rank of archpriest.

They returned to the land of their birth and established All Saints of North America Church in Middlebrook, a small rural village located in the Shenandoah Valley of Virginia, where they served the congregation there for 18 years. Then, with the blessing of His Eminence, Metropolitan Hilarion, the congregation moved to Harrisonburg, and formed under a new name, Holy Myrrhbearers.