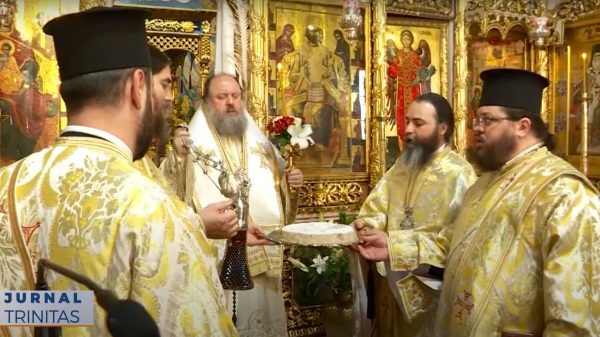 Romania’s first Metropolitan-Primate Nifon Rusaila was remembered as ‘a man who did a lot of good,’ during a memorial service held Tuesday at Radu Voda Monastery in Bucharest marking the 145th anniversary of the Metropolitan’s repose.

‘Metropolitan Nifon Rusaila was a man who did a lot of good. He fulfilled this commandment of helping others,’ said the Assistant Bishop Timotei of Prahova describing the philanthropic actions of the first Primate of the Romanian Orthodox Church in the United Principalities of Moldavia and Wallachia.

“From the Metropolis’ incomes, but also from his salary, he helped many young people. He founded the Seminary ‹Nifon the Metropolitan›, the second seminary in Bucharest, providing with the necessary study materials for the young people at this school.”

“Many young people who became ministers of the Church, some of them even hierarchs, but also important people in Bucharest and in Romania would remember the benefactions received from Metropolitan Nifon. And the scholarships he offered,” noted the assistant bishop to the Archdiocese of Bucharest in his memorial speech.

Metropolitan Nifon Rusăilă reposed in the Lord on May 5, 1875. The date of his repose was prophesied by Saint Callinicus of Cernica seven years before. The metropolitan is buried in the cemetery of Cernica Monastery.

A priest’s mission among deaf people: “I can be their voice in the face of daily problems”

Man sanctifies the place: How Romanians transformed a warehouse into a church in Italy

An Orthodox service was served for the first time in the Romanian Church in Montichiari, Italy, on Tuesday…

Most viewed articles
What Can the Church Offer the Youth of Today?130
Saint John Chrysostom and Family Life118
Patriarch Kirill: Awareness of One’s Sins Is the Greatest Value95
Romanian Monastery in Ireland gives thanks for full purchase of land and buildings74
Metropolitan Hilarion: Christians in the Middle East and Other Countries Need Both Our Support and Prayer56
Our Unity in Christ35
Patriarch Theophilos III of Jerusalem: Our Common Commitment is to Gather for Prayer and Fellowship19
P.Kirill1
Most popular authors
Pravmir.com team170
Metropolitan Ephrem (Kyriakos)130
Archimandrite Ephraim of Vatopedi118
Aurelian Iftimiu74
Abbot Tryphon35