Source: Interfax-religion
Natalya Mihailova | 07 October 2016
Moscow, October 7, Interfax - The British Royal Geographic Society will host a photo exhibition dedicated to the pastoral tours of Patriarch Kirill of Moscow and All Russia and the history of the Russian Orthodox Church on the British soil on the occasion of the patriarch's visit to the United Kingdom. 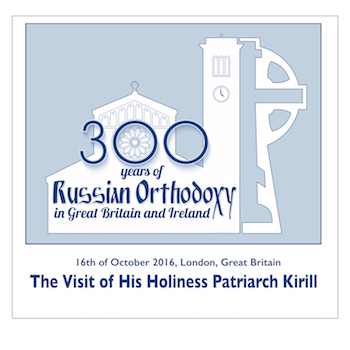 The agenda of the patriarch’s visit includes attending this exhibition, the Sourozh Diocese uniting the parishes of the Moscow Patriarchate in the UK and Ireland told Interfax-Religion.

The visit of Patriarch Kirill will take place on October 15-18, and coincide with the 300th anniversary of the Russian Orthodox Church’s presence in the UK.

The main event of the visit will be consecration of the Cathedral of the Dormition of the Mother of God in London following a large-scale reconstruction on October 16. The representatives of the local Orthodox Churches are expected to participate in the sacred service.

Patriarch Kirill will also consecrate a new tombstone on the grave of Metropolitan Anthony of Sourozh, who made a significant contribution to establishment of the Russian community in the middle of 20th century and invested many efforts in development of the Sourozh Diocese formed in 1962.

Before he leaves, the patriarch will visit the Lambeth Palace and the Buckingham Palace, where he will meet the Archbishop of Canterbury and the Queen Elizabeth II, respectively, the diocese said.