Russia Can Use Economic Downturn to Become Stronger: Russian Patriarch

Source: Sputnik
The Patriarch of Moscow and All Russia Kirill said that a weakening Russian national currency gives Russia a chance to strengthen its economic power.
Natalya Mihailova | 09 January 2015 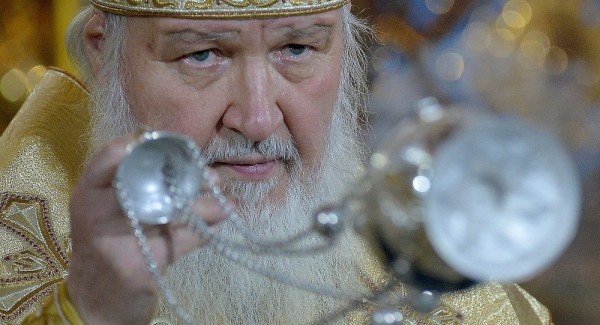 MOSCOW, January 7 (Sputnik) – The fall of the ruble and other economic problems will not influence the welfare of the majority of Russians and could be used to strengthen the country’s economy, The Patriarch of Moscow and All Russia Kirill said Wednesday, in a Christmas interview with Dmitry Kiselev, the Director General of Rossiya Segodnya International Information Agency.

“I am deeply convinced that the fluctuations in exchange rate cannot dramatically influence the welfare of our citizens,” the head of the Russian Orthodox Church said.

The Patriarch added that a weakening Russian national currency gives Russia a chance to strengthen its economic power.

“All this story with the current exchange rate gives us, as a country, a unique chance to change for the better,” Kirill said, adding that Russia would not have thought about diversifying its economy unless oil prices had dropped.

Russian economy is currently facing a slowdown and depreciation of the national currency amid a sharp decline in oil prices and several rounds of Western economic sanctions imposed against Moscow over its alleged role in the Ukrainian conflict.