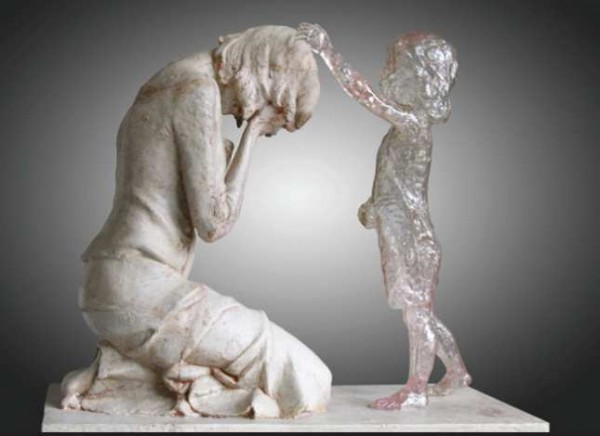 Article 9 of the 21 article agreement establishes cooperation “on the protection of maternal and child health, including reproductive health, promotion of family values and prevention of abortion.”

The agreement includes joint actions with medical institutions for the

“creation of crisis pregnancy centers at hospitals with the participation of psychologists and participation of representatives of religious organizations of the Russian Orthodox Church in advising women who are planning to terminate the pregnancy, in medical institutions”

and for the provision of space for

“posting information of religious organizations of the Russian Orthodox Church on the stands in medical institutions.”

“joint efforts to provide assistance and support to pregnant women whose prenatal diagnosis indicate to the malformation of the fetus, as well as mothers who give birth to a child with developmental disabilities.”

The Russian State Duma is considering legislation on abortion that includes limiting funding for abortion to only those that are considered medically necessary. The bill is designed to help reduce the number of Russian children destroyed through the violence of abortion.

According to the UN’s Department of Economic and Social Affairs, for every 1,000 births, there are 34 abortions in Russia where the fertility rate is below replacement at 1.53.

The legislation would ban private abortion clinics and over-the-counter sale of abortion inducing medication would only be available through a doctor’s prescription. Women considering abortion would be given ultrasounds. One of the sponsors of the legislation, Yelina Mizulina, states that “up to 80 percent of them [abortion minded women] refuse to have the abortion when they see their child on the screen.”

Patriarch Kirill, the head of the Russian Orthodox Church, is seeking a total ban on abortion. In a speech to the Duma earlier this year, the first ever by a religious leader, he referred to abortion as “evil” and “infanticide.” In regards to the present bill, he believes that “taxpayers must not pay for this.”

In response to the proposed legislation, the Parliamentary Assembly of the Council of Europe tabled [introduced] Written Declaration 594 entitled “Women’s right to access appropriate reproductive health services in the Russian Federation” which states:

We the undersigned members of the Council of Europe Parliamentary Assembly are strongly concerned about the three draft laws submitted to the State Duma of the Russian Federation aiming to severely restrict access of women to abortion. They aim:

to require women to visualise and listen to the heartbeats of the foetus before being given permission to access a legal abortion;

exclude coverage of abortion from the Obligatory Medical Insurance;

to prohibit the sale of safe medication that terminate pregnancies.

The World Health Organization (WHO) has clearly stated that “ultrasound scanning is not routinely required for abortion”. It only serves to emotionally manipulate women. Excluding insurance coverage for a service that only women need is discriminatory and will affect poor, rural women and women in vulnerable situations. The State medical system must additionally ensure the availability of various methods of abortion suitable at different stages of pregnancy. These proposed measures will lead to backstreet abortions and increase maternal mortality and morbidity rates and are an affront to women’s rights.

All individuals are entitled to the highest attainable standard of health, which the State must ensure. We call on parliamentarians in Russia to turn down the above draft laws.

PNCI notes that the Members of the Council of Europe Parliamentary Assembly in their rush to object to the pro-life provisions with worn-out pro-abortion arguments are forgetting that the International Conference on Population and Development Programme of Action states in section 8.2 “Any measures or changes related to abortion within the health system can only be determined at the national or local level according to the national legislative process.”

The Russian State Duma is acting in its sovereign capacity to save the lives of Russian children and offer their mothers real help and support. Such action ought to be applauded, and if not, it should not be opposed as the action is fully compliant with international standards.

The guests will take part in a prayer service, a cross procession…

When We Do the Wrong Things…

That we must struggle with our passions is a given. All the…

Most viewed articles
Christ Defeats Satan: Healing the Demoniacs113
Unbalanced Fears111
Metropolitan Onuphry: “Do Not Be afraid of Demons, They Have No Power”83
When We Do the Wrong Things Habitually74
Primates of Local Orthodox Churches Congratulate Metropolitan Hilarion on His 55th Birthday73
Delegations of Local Orthodox Churches Arrive in Kiev for the Celebration of Baptism of Rus40
St John of Shanghai Summer Camp Concludes in Switzerland20
The Tattoo on Our Being1
Most popular authors
Pravmir.com team216
Fr. Theodore Stylianopoulos113
Fr. James Guirguis111
Abbot Tryphon74
Fr. Andreas Agathokleous1