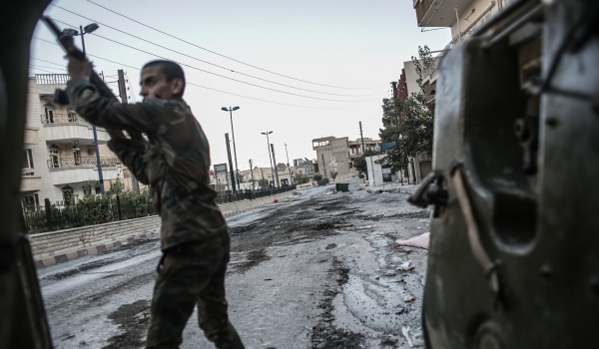 The Russian side continues to seek the release of the Russian citizens kidnapped in Syria, Konstantin Zhuravlev and Sergey Gorbunov, the Foreign Ministry reports. Travelers Konstantin Zhuravlev and Sergey Gorbunov were seized by the Liwa al-Tawhid armed group in northern Syria in early October 2013. In exchange for the prisoner the militants seek liberation for the group of their followers.

“We urge all parties that influence the course of events in Syria to intensify efforts aimed at resolving various aspects of the Syrian crisis, including the release of both foreigners and natives abducted by militants in Syria,” the diplomatic mission states.

“At the same time we continue to seek the release of the citizens of the Russian Federation, Konstantin Zhuravlev and Sergei Gorbunov, the Orthodox and the Syro-Jacobite metropolitans Paul (Yazigi) of Aleppo and Yuhanna Ibrahim, a Catholic priest Paolo del Oglio and other illegally detained persons,” the ministry assured.