Russia Delivers Over 30 Tons of Humanitarian Aid to Syria 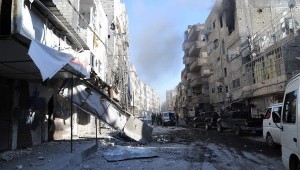 A Syrian Airlines plane carrying more than 30 tons of humanitarian aid for the victims of the ongoing conflict in Syria has landed in Damascus, Russia’s embassy in the Syrian capital said on Sunday.

The aid was collected in Russia by the Imperial Orthodox Palestinian Society, based in St. Petersburg, on March 22-April 10. According to the organizers, Russians have also raised over 2 million rubles ($64,200) for Syrians in need.

The head of the Russian Orthodox Church, Patriarch Kirill, made an appeal for humanitarian aid to Syrian Christians in November. In late March, he met with Metropolitan George of Homs, Syria, and after this meeting the implementation of the project to collect the aid started.

About 70,000 people have died in Syria since the start of the uprising against President Bashar al-Assad in March 2011, according to UN estimates.