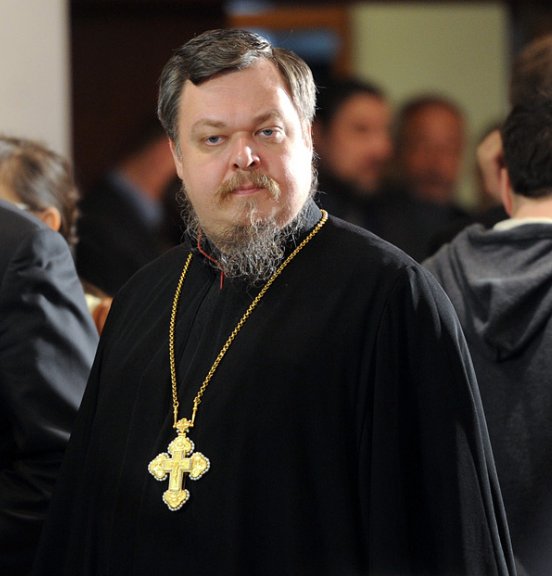 “Today we need a certain rotation of elites. Young people should replace those who was caught stealing, who keep their property, their souls and their hearts somewhere outside the country, who are pessimistic about the future of Russia, saying ‘What can we do? Someone who is not our friend has ore money and maybe more weapons and more intellectual and information influence’,” the priest said during a meeting with participants in the 2nd International Interreligious Young People’s Forum in Izberbash, Dagestan.

Father Vsevolod said such people sometimes say that “we don’t need to do anything, just follow those tendencies that were formed outside our country.”

“People who say so should leave, and people like you, who are hot-eyed, should replace the older elites, which have been caught stealing and are oriented abroad, who have accepted the talking that Russia should become a community of lukewarm and selfish philistines,” he said.

The priest said he believes it is very important that young people today should provide Russia with a new breakthrough in the information, intellectual, geopolitical and economic spheres.

He believes that Russia has a big need for a moral economy as an alternative to the modern global economy.

“We need a new Russian, Dagestani, Caucasus breakthrough, a breakthrough to a mission that could help Russia change the world. We do not agree to lesser goals, lesser goals will always be boring,” Fr. Vsevolod said, adding that Russia only “lives and achieves success” when it has such goals.