Source: Voice of Russia
Natalya Mihailova | 29 June 2014
Moscow welcomes the release of observers from the Organization for Security and Co-operation in Europe (OSCE) mission in Ukraine, and expects the organization's monitoring work to continue, said the Russian Foreign Ministry in a statement on Sunday. "We welcome the release of the monitors from the OSCE Special Monitoring Mission in Ukraine, including the Russian citizen, S. Sidorov," the ministry said in the statement. 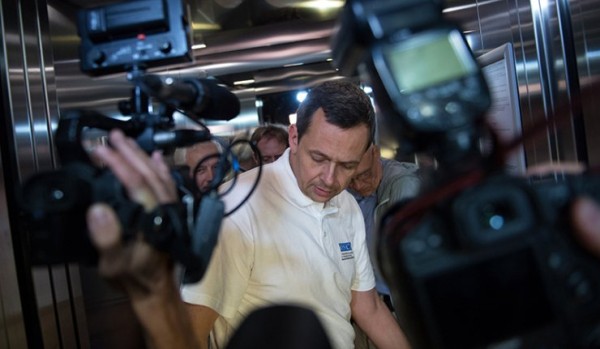 The OSCE confirmed on Saturday that four of its observers, captured on May 29, were freed and feeling fine. The mission group includes German, Dutch, Russian and Spanish citizens.

“We expect the fact of their release to create the conditions necessary for the OSCE mission to continue to fulfill its task of monitoring the situation in Ukraine while presenting objective and comprehensive reports, as well as facilitating the de-escalation of tensions in the country, on the basis of the roadmap of the Swiss chair of the OSCE and the Geneva accord of April 17 of this year,” the ministry said.

Moscow also said the release followed the call from Russia’s Patriarch Kirill, as well as the efforts of the authorities of Donetsk and Lugansk People’s Republics (DPR and LNR).

“This was by large the result of the personal call from Patriarch Kirill of Moscow and All Russia, who appointed Mercurius, metropolitan of Rostov and Novocherkassk, as the contact person for this issue representing the Russian Orthodox Church,” said in the statement.

The OSCE address to the DPR and LNR authorities has also had an effect, the ministry said, adding the release was unconditional.

The OSCE Special Monitoring Mission to Ukraine lost contact with four monitors from the Donetsk team and four from Lugansk on May 26 and May 29, respectively.

On Friday, Ukrainian anti-government activists freed another OSCE Donetsk-based team with  Swiss, Estonian, Turkish and Danish nationals, who were detained in eastern Ukraine at the end of May. The Donetsk leader, Alexander Boroday, said on Saturday that the self-proclaimed People’s Republic was ready to invite OSCE monitors to border territories and guarantee their safety. He pledged all manner of assistance “to ensure maximum security for the mission,” including armed guards.

OSCE monitors continue to work in troubled Donetsk and Lugansk, although their lineup has been reconsidered over security concerns. The number of monitors in the two regions in eastern Ukraine has been temporarily reduced due to the “highly volatile situation,” the organization said.

Since mid-April, Kiev authorities have been conducting a special military operation in the east of Ukraine to suppress the independence movement. The violence intensified after Donetsk and Lugansk regions declared independence from Ukraine in May. Hundreds of people, including civilians, have died in both regions over the past months. Moscow has described the ongoing military action as punitive and called for an immediate end to the bloodshed.

Most viewed articles
Maronite Patriarch Thanks Russian Patriarch for His Support for Christians in the Middle East98
Athens and Jerusalem: the Role of Philosophy in Faith, with Analysis by St. Gregory Palamas83
Food for the Journey82
The pandemic is a significant examination for us all, Transylvania Metropolitan says67
Fire Destroys Main Building with the Church of St. Peter Convent in Pavlodar63
Orthodox Priest Rescues Two People from Fire in Constanța55
We Are Not Saint Mary of Egypt (But We Can Still Repent)40
Most popular authors
Pravmir.com team161
Aurelian Iftimiu121
Eric Hyde83
Dcn. Michael Schlaack82
Archpriest Geoffrey Korz37