Source: Interfax-religion
Natalya Mihailova | 18 July 2016
Moscow, July 18, Interfax - Center of help to relatives of those who fell victims of the terror attack in Nice was set up at St. Nicholas Russian Cathedral in Nice. 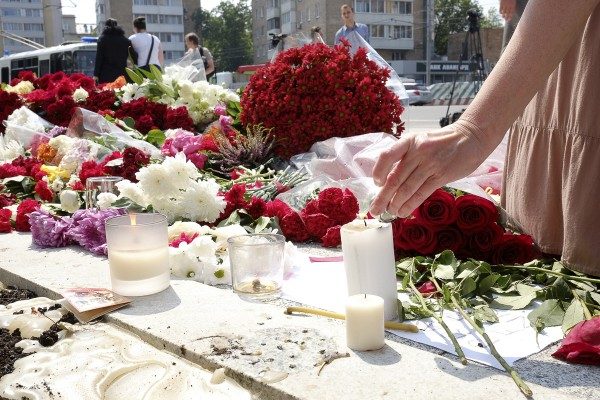 “Clerics of the Korsun Diocese extend spiritual and organizational help to those who need it,” reports press service of the Moscow Patriarchate’s Korsun Diocese uniting Russian parishes in the countries of Western Europe.

On the eve Bishop Nestor of Korsun conducted a requiem service for the victims of the terror attack including altar warden of the church Igor Sheleshko and parishioners of the Nativity Church in Antwerpen who visited Nice Natalia Otto and Roman Akmalian.