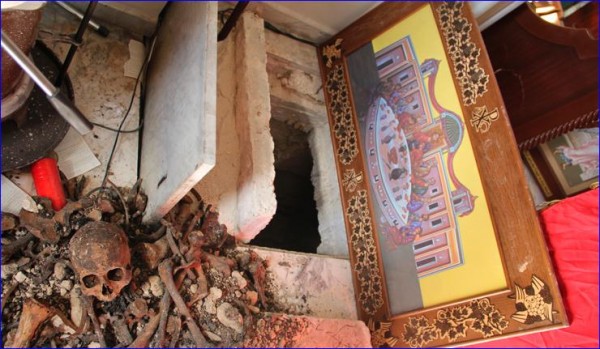 “The need to make a detailed list of Christian shrines – churches and monasteries – which were destroyed and damaged during the Syrian war, and the strengthening of the joint Christian witnessing of the Syrian tragedy were recognized as one of top near-term priorities,” the Russian Church said on its website after a joint delegation of both Churches travelled to Syria and Lebanon.

The delegation included Archbishop Paolo Pezzi, the head of the Catholic Archdiocese of Mother of God in Moscow, Hieromonch Stefan (Igumnov), secretary of the Synodal Department for External Church Relations, and representatives from Aid to the Church in Need, an international Catholic foundation.

“It is well known that the tragedy in the Middle East, which caused suffering to representatives of various Christian denominations and other groups, and the need to take urgent steps to improve the situation were at the center of discussion at a meeting between Patriarch Kirill of Moscow and All Russia and Pope Francis in Havana on February 12, 2016,” the Russian Church said on its website.