Russian Church Has No Choice But to Obey us—Pat. Bartholomew 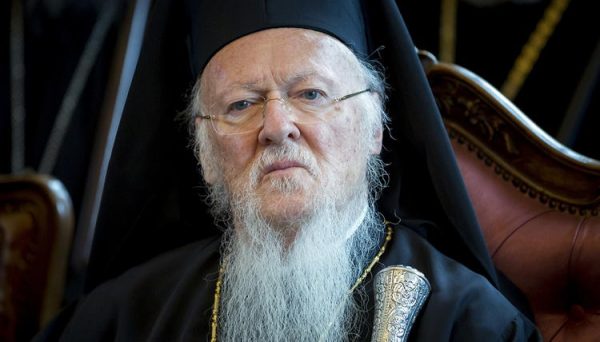 Finally responding to the pushback against his Patriarchate’s unilateral actions in Ukraine, Ecumenical Patriarch Bartholomew has insisted that he will not back down in Ukraine, meaning he will continue to work towards creating an autocephalous Church in Ukraine, although the nation is already the canonical territory of the Ukrainian Orthodox Church under the headship of His Beatitude Metropolitan Onuphry of Kiev and All Ukraine.

Speaking at a meeting of the city government of the Greek diaspora in Constantinople, Pat. Bartholomew argued that his actions are based on the sacred canons of the holy Orthodox Church and are binding on the entire Church, reports orthodoxia.info.

To date, no other Local Orthodox Church that has spoken on the matter has supported Constantinople’s interpretation of the canons and its rights to act unilaterally within another Local Church.

He also said that the Russian Church would eventually have to submit and obey his decisions: “Whether or Russian brothers like it or not, sooner or later, they will follow the decisions of the Ecumenical Patriarch, because they have no other choice.”

Rather than addressing the in-depth historical and canonical arguments being put forth by Orthodox Synods, primates, and hierarchs around the world, Pat. Bartholomew instead said he is aware of Russian “black propaganda” and “well-paid articles.” He did not mention how much he believes the Russian Orthodox Church is paying other Patriarchates to voice their views.

It is unclear what “nation” he is referring to, as he is an ethnic Greek, and the Churches of Greece, Constantinople, Antioch, Jerusalem, and Alexandria are also dominated by Greeks and have shown no support or spoken directly against Constantinople’s actions.

The Ukrainian state and the schismatics that support it also view the push for an autocephalous Church through an ethnic “Ukrainians vs. Russians” framework, as they have consistently stated.

It is important to note that the Russian Church never questioned the primacy of the Ecumenical Patriarchate until it entered into communion with schismatics on October 11.

The Secretary of the Department for External Church Relations (DECR) of the Moscow Patriarchate Archpriest Igor Yakimchuk responded that “the Russian Church, as any other Local Orthodox Church, is not obligated to submit to the decisions of the Patriarchate of Constantinople, inasmuch as the canons of the Ecumenical Councils, which Patriarch Bartholomew speaks of, do not confer upon him any authority outside of his own Patriarchate,” reports Interfax-Religion.

His Eminence Metropolitan Seraphim of Piraeus (Greek Orthodox Church) recently offered an historical analysis of the canons, coming to the same conclusion as Fr. Igor.

Archpriest Nikolai Balashov, the Deputy Head of the DECR, also expressed his bewilderment at the phyletistic element of Pat. Bartholomew’s comments.

“We can only regret that His Holiness so imagines the importance of the ethnic factor in the Church,” Fr. Nikolai told Interfax today.

“’Primacy’ in Orthodox of any race or nation is another completely new teaching foreign to the Orthodox faith, absolutely unacceptable, I believe, for every Church, and especially for the multinational Russian Church, which unites believers of many peoples belonging to dozens of various ethnicities,” Fr. Nikolai stated.