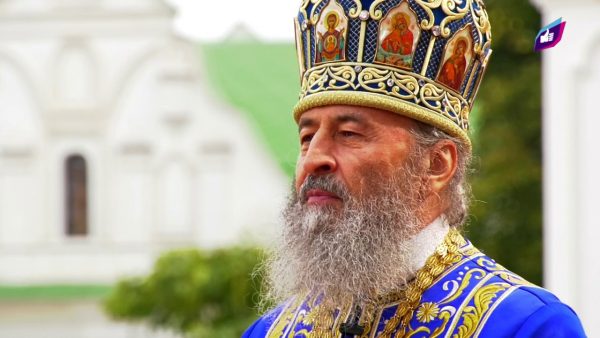 The Primate of the Ukrainian Orthodox Church, His Beatitude Metropolitan Onuphry of Kiev and All Ukraine, has called on the Church of Constantinople to fix its own problems rather than interfering in the internal affairs of other Churches.

“If we take into account that the ‘Mother-Church’ itself suffers from its own deepest division, as a result of which the Orthodox Byzantine Empire turned into a country where they now confess Islam, it would be appropriate to recall the words of the holy Gospel: Physician, heal thyself!” His Beatitude, Metropolitan Onufry, said in his interview with The Pastor and the Flock magazine.

As he explains, if a doctor who is “seriously ill himself, and therefore has no right to heal others, still dares to act, then only great lawlessness in the form of a global schism in Orthodoxy will be born of it.”

The spiritual head of the Ukrainian flock also commented on those who care only about obtaining autocephaly, saying, “Whoever believes in God but is fixated on the desire to get a Local Church, does not entrust himself to God, but lives according to his own reason. With such an attitude, we will soon come to the conclusion that every political power will want to have its own Local Church, which would obey this party in everything, and force God to fulfill its political desires.”

Instead of this, the Ukrainian ecclesiastical head advises to live piously, fulfilling the commandments, which for Christians are “the path leading to eternal life.”

“On this path, you will find your personal autocephaly, that is—freedom from sin. And maybe you will meet a Local Church, but it will be completely different from that which politicians are trying to build. It will be filled with love, peace, and joy in the Lord. It will not be a political Church, but the Church of Christ, the Church against which the gates of hell will never prevail,” Metropolitan Onuphry pointed out.