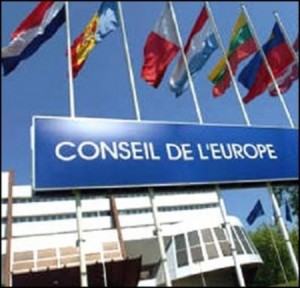 Patriarch Kirill of Moscow and All Russia has said he attaches great importance to the planned construction of the Russian Orthodox Church of All Saints in Strasbourg.

“On one hand, the church and the parish will play a very large role in spiritual life, and, on the other hand, it will be a place where Europeans will be able to get acquainted with Orthodoxy and Orthodox culture,” the patriarch said at the first session of the project’s supervisory board in Moscow on Tuesday.

The meeting was attended by representatives of the Russian Orthodox Church, the Russian authorities and a French delegation led by Strasbourg Deputy Mayor Olivier Bitz.

This project is increasingly important for a number of reasons, including Strasbourg’s role as a European capital, which hosts key institutions of the European Union, the head of the Russian Orthodox Church said.

This city has a representative office of the Russian Orthodox Church, which has been doing “very important expert work in cooperation with the Council of Europe, the European Court of Human Rights and other institutions,” Patriarch Kirill said.

Strasbourg and its suburbs are also home to thousands of Russian-speaking citizens who “really need to go to church on Sundays and holidays as a minimum and who certainly need a place to pray,” he said.

It is the Moscow Patriarchate’s one and only parish in the east of France.

Apart from the church, it is also necessary to have a parish building, which could become a cultural center and a platform for dialogue between the clergy, scholars, as well as public and political figures, Patriarch Kirill said.

The church and the parish building will become an architectural landmark of Strasbourg as well, he said.