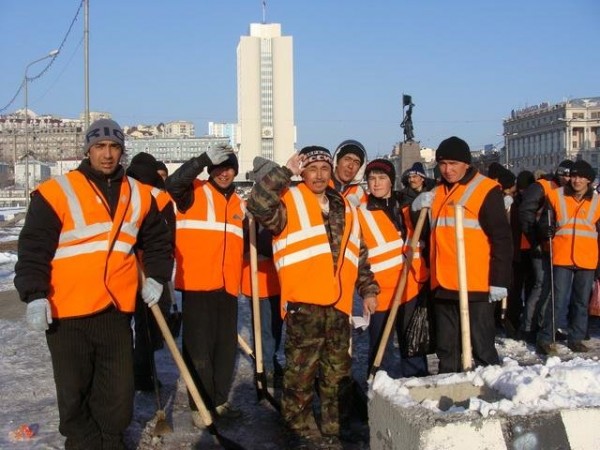 Earlier they introduced in practice language courses, lectures on basics of Russian culture and legislation, guided tours and conversations with labor migrants, publishing educational literature with parallel translation into languages of the Central Asia.

In January 2014, the Commission’s Head Hieromonk Dimitry (Pershin), speaking at a round table in the State Duma, suggested that state should back up the project of publishing Gospels in languages of the Central Asia.

“It is very important to make this edition scientific, academical, of high quality. It will be our response to the demands of society in cultural adaptation and integration of labour migrants. Our response is not aggression. It is certain language and notional standard, which we can offer to study for those who come to us,” he said.

‘You’ve ascended the ladder of renunciation; don’t turn back’ (Saint John of…

What Is the Difference Between Fear…

Most viewed articles
Metropolitan Hilarion: Archbishop of Cyprus can be no longer liturgically mentioned in the Russian Orthodox Church200
How to Talk to Children about God: 5 Mistakes Parents Make162
Why Do We Need Morning and Evening Prayers?153
Will We Welcome Christ or Ask Him to Leave?107
Pro-Choice Activists Stage Protests in Polish Churches after Abortion Ban101
Thessaloniki Celebrates Patron Saint Demetrios on His Feast Day79
Bishop Varlaam of Ploieşti Stresses that Christianity is the Most Persecuted Religion in the World74
What Is the Difference Between Fear of God and Panic?57
Relics of Bucharest’s Patron Saint Placed for Veneration Outside Patriarchal Cathedral53
“We Are Not the Heroes Here, Doctors Are”. Residents of Siberia Drive Doctors to Their Patients32
Most popular authors
Pravmir.com team379
Priest Andrei Chizhenko210
Archpriest Andrei Bliznyuk160
Aurelian Iftimiu127
Priest Luke A. Veronis107
Irina Sycheva32
Protopresbyter Themistoklis Mourtzanos7
Maria Trushanina3