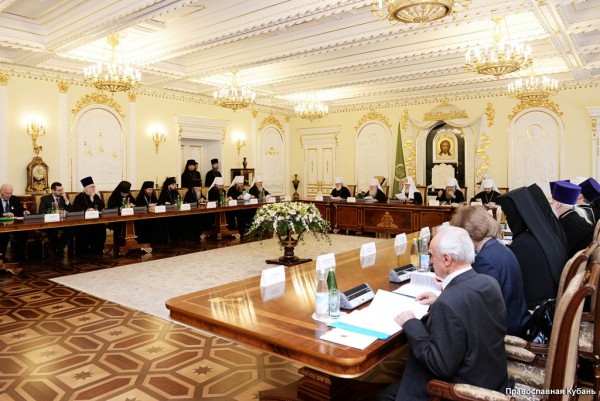 “If humanity needs monetary unites, freely turning over the planet for economic accounting, issue of such unites should be under just international control, in which all states of the Earth will proportionally participate,” draft of the document Economy under Globalization reads as it is posted at the website of the Russian Church.

The document is worked out by the Inter-Council Presence (a consultative body of the Russian Church where not only hierarchs, but also ordinary priests, monks and believers participate) and sent to dioceses for discussions.

According to the document, despite the crash of the global colonial system, the richest states “chasing ever receding consumer horizons continue growing rich on account of all the rest.”

“It is impossible to consider justified international division of work, where certain countries are suppliers of indisputable values, first of all, human labor or irreplaceable raw materials, while others supply conventional values, in particular financial resources. Money to pay for work or irreplaceable natural resources are taken directly ‘out of thin air’, from the printing press thanks to the monopoly of world currencies issuers,” it further said.

The authors point out that such unilateral globalization “giving unjustified privileges for certain participants on the account of the others result in partial, and sometimes in fact entire loss of sovereignty.”

The church representatives stressed that “growing property gap contributes to multiplying sin as it provokes lust of flesh on one pole, envy and hatred – on the other.”

The document also criticizes usury and declaring loan system the main mover of the economy and states that earlier impossibility to give back a debt threatened with bankruptcy one borrower, then “in conditions of globalization unmeasured ‘financial bubble’ threatens with bankruptcy to the whole humanity.”