Source: BBC News
Natalya Mihailova | 02 November 2016
The Russian Orthodox Church has come out in support of the rock opera Jesus Christ Superstar in the face of calls from hardline Christian activists for it to be banned. 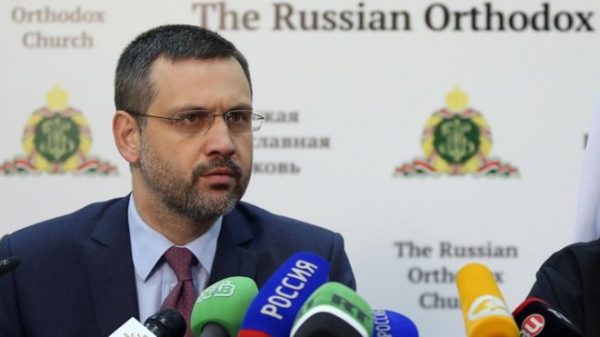 Church spokesman Vladimir Legoida says that while works like the Andrew Lloyd Webber musical might give rise to disputes and discussions, “it is not right to forbid an artist from drawing inspiration from the Holy Scripture”.

Mr Legoida was commenting after residents in the Siberian city of Tyumen wrote to the governor demanding that a production of the musical be cancelled because it gave a false portrayal of Christ.

“Between blasphemy and non-canonical depictions of the sacred there is a huge gulf which is only invisible to the culturally short-sighted,” Mr Legoida says in a statement, adding that many people have been drawn to the Church by Jesus Christ Superstar.

Last month, a production failed to go ahead in another Siberian city, Omsk, after protests and a petition backed by a hardline Christian pressure group called Family, Love, Fatherland. The performance in Tyumen is due to take place on 7 November.

Mr Legoida’s support for Jesus Christ Superstar has surprised some Russia observers because it appears to buck a recent trend. The Church, which is a close ally of the Kremlin, successfully lobbied for a 2013 law that made it a crime to offend the feelings of believers.

Last year, it was used to prosecute the director of a controversial production of the Wagner opera Tannhauser in Novosibirsk, also in Siberia. The director was eventually acquitted, but the production was cancelled and the theatre’s general director was sacked.

But Jesus Christ Superstar arguably occupies a special place in Russia’s modern religious history. As the news website Lenta.ru points out, in Soviet times listening to recordings of the musical was one of the few ways young people could learn about the Bible.

When the musical was finally staged in Russia during the period of Glasnost in 1990, it was with the blessing of the Church’s then head, Patriarch Alexy II.