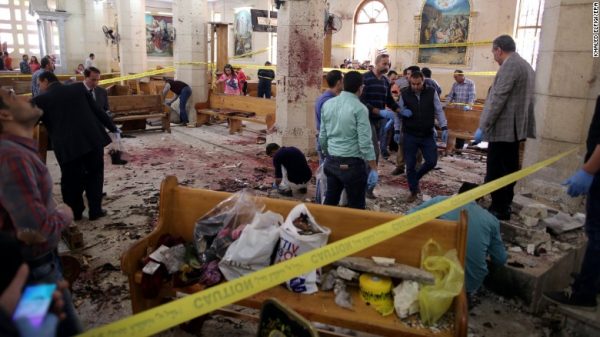 “Orthodox Christians in Russia are taking the assault on our Christian brothers as another strike against the followers of our belief at the places of its historical formation and heyday,” deputy head of the Synodal Department for External Church Relations Archpriest Nikolay Balashov told Interfax-Religion.

Egypt along with Palestine, Syria and Lebanon are regions of the world, where Christian Church, Christian theology and Christian culture have originally rooted, the priest said.

“The outrage, which has occurred in Egypt on the eve of the Holy Week, is a common pain for all of us,” the Moscow Patriarchate representative said, noting that “terrorism cannot be justified by any political, and, what is more, religious pretexts.”