In an interview with the news agency Interfax-Religion, Vladimir Legoyda, head of the Synodal Information Department of the Russian Orthodox Church, described the outcome of the meeting of the Primates and representatives of the Orthodox Churches, which took place last week at the residence of the Patriarch of Constantinople at the Phanar in Istanbul. 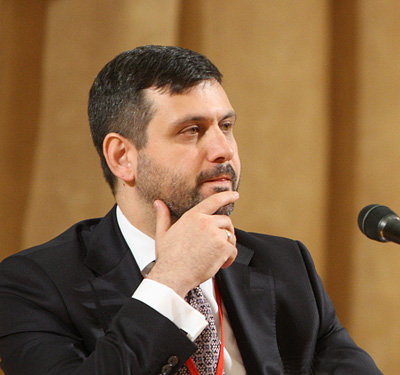 The main purpose of the meeting was to prepare for the Pan-Orthodox council. According to the head of the Synodal Department, the Orthodox Churches achieved a consensus at the meeting to convene the council in spring 2016.

“The delegation of the Russian Orthodox Church, headed by His Holiness Patriarch Kirill, played a crucial role in this,” said Legoyda. “At the meeting it was decided to intensify preparations for the council. Already this fall a special inter-Orthodox committee, which will consist of one priest and one councilor from each autocephalous church, will be set up. It is expected that by the spring of next year the council will have prepared the foundations for the pan-Orthodox preconiliar meeting. It will have to address the latest issues, and it will be the final step in the preparation for the Pan-Orthodox council.”

“It is worth noting that the Primates and representatives of the churches clearly supported the position that was initially held by the Russian Church that all decisions of the future Orthodox Council should be taken by consensus,” said the head of the Synodal Information Department of the Russian Orthodox Church. “This means that if any decision is not supported by at least one of the churches, it will not be accepted, meaning no church will remain in the minority. This is an ancient church tradition that characterizes its synodality and distinguishes the latter from parliamentary democracy, where a majority of votes is used in the decision-making procedure.”

When asked whether the forthcoming council is ecumenical, Legoyda said: “The council, the preparation of which is entering its final phase, is called the Holy and Great, sometimes Pan-Orthodox. Calling it ecumenical is not accepted and is incorrect. The last ecumenical council was convened in Nicaea in 787, and since then such councils have not convened. Following the schism in 1054, ecumenical councils were held in the West. However, in the East they are not recognized as such…”

“It is expected that in the Orthodox council in 2016 will be attended by representatives and Primates of all the universally recognized autocephalous Orthodox Churches,” Legoyda said in conclusion, Patriarkhiya.ru reported.