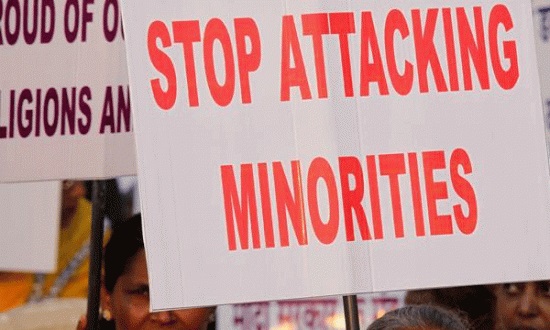 The authors of the U.S. report continue to look at religious situations solely through the prism of rights and preferences provided to religious minorities, he said.

“We believe that the Department of State’s report remains in the narrow framework of political dogmas, which are rapidly becoming obsolete in today’s world,” Kipshidze said.

He also noted that when reading the report, “sometimes it seems that the new U.S. presidential administration is closer to the need to protect the rights of the majority, including religious rights, than the authors of the state Department report.” A good example of this, according to V. Kipshidze, is the public participation of the President of the United States Donald Trump in the support of community organizations that oppose abortion and thereby expressing the opinion of the majority of Christian and non-Christian population of the country.

On Tuesday, the U.S. Department of State released its annual report on religious freedoms around the world. Russia was again accused of detentions and fines against representatives of religious minorities suspected of extremism.

The report also said that Russia’s Supreme Court had found the work of Jehovah’s Witnesses to be illegal and classified the organization as extremist and that the Russian authorities had convicted and fined people for public speeches that the authorities said were insulting to believers.

It also said the Russian authorities had fined and deported foreigners engaged in religious activities, including a rabbi, four Korean Baptists, and a Pentecostal pastor from India.

Generally, according to the report, non-governmental organizations in Russia registered a reduction in the number of instances of violence associated with religious affiliation in 2017.