Source: Interfax-Religion
Natalya Mihailova | 24 July 2014
Moscow, July 23, Interfax - The Russian Foreign Ministry is concerned about the persecution of members of religious minorities in northwestern Iraq by Islamists from the radical militant group Islamic State of Iraq and the Levant (ISIL) and is calling on the international community to prevent inter-religious strife in the region. 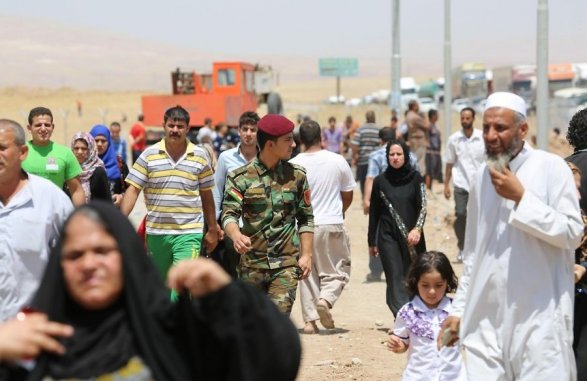 “Moscow is deeply concerned about the fact that ISIL militants are persecuting members of religious minorities living in northwestern Iraq, forcing thousands of Christians and adherents of other faiths to hastily leave their traditional places of living,” the ministry said in a statement available on its website.

“We believe that such aggressive and systematic actions by Islamic radicals in relation to some groups of Iraqi society motivated by religious hatred are absolutely unacceptable and criminal. Special responsibility for the ongoing events rests with the forces in the region and outside it that patronize the ISIL this or that way,” it said.

The Russian Foreign Ministry called on “all responsible members of the international community to do all they can to prevent interethnic and inter-religious strife, support the Iraqi authorities’ efforts to establish order in the country and resolve all the existing disagreements through dialogue and mutual respect on a non-discriminatory basis and taking into account interests of all elements of Iraqi society.”

Several weeks ago, ISIL terrorists announced the establishment of the so-called Islamic caliphate on the areas adjacent to the Iraqi-Syrian border, which would also cover territories inhabited by Christians and other religious minorities, it said.

“Taking the city of Mosul in the northwestern part of the country under control, the militants have presented an ultimatum to the Christians, obliging them either to adopt Islam, or pay the tax collected from the non-Muslim population, or leave the places of their permanent living. Upon the expiration of the deadline, the militants switched to violent actions in relation to religious minorities. Hundreds of Christian families had to flee their homes. Several days ago, terrorists seized the Mar Benham monastery near Mosul, demanding that its clergy leave the sanctuary,” the Russian Foreign Ministry said.