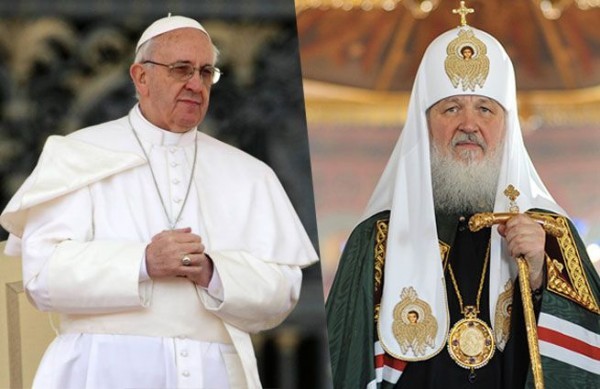 “The Patriarch and the Pope’s Latin American visit programs do not intersect,” the Russian Orthodox Church’s spokesman for inter-Christian relations, Hieromonk Stefan (Igumnov) told the agency on Tuesday, commenting on recent rumors in the foreign press about a possibility of such a meeting during the two church leaders’ visits to that region in February.

“The leader of the Russian Orthodox Church and the head of the Roman Catholic one will be visiting completely different countries, albeit on the same continent,” the spokesman said.

Concurrently, he recalled that the subject of a meeting between the Moscow Patriarch and the Pope is raised in the media from time to time and was repeatedly commented upon by the Church officials who said that “a discussion of its possibility is invariably present on the agenda of the bilateral relations, but no specific time and place of such a meeting have yet been stipulated.”