Source: Interfax-religion
Natalya Mihailova | 23 August 2016
Moscow, August 23, Interfax - The Russian Orthodox Church will work out a joint program with the Federal Penitentiary Service (FSIN) to prevent the operation of extremist movements in places of confinement, Bishop of Krasnogorsk Irinarkh said. 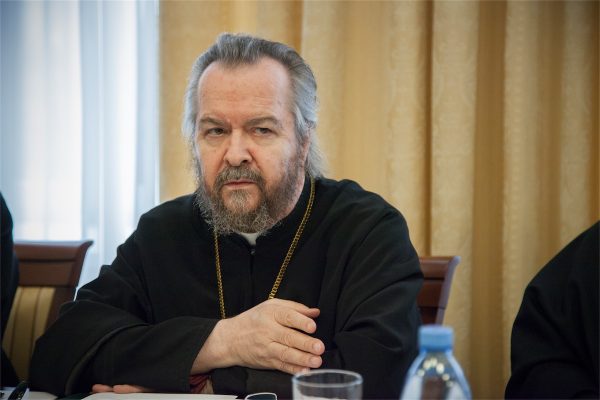 “In line with a resolution of His Holiness the Patriarch, the new section of the Church has been instructed to work out together with FSIN an educational program for clergymen preaching in places of confinement to prevent the spread of extremist views among convicts or their recruitment to terrorist pseudoreligious movements,” the bishop said at a roundtable at the Russian Public Chamber.

He said that both laymen and representatives of other creeds should help Christian Orthodox clergymen.

For his part, chief of the FSIN section for cooperation with religious organizations Sergey Gurov said that the service has introduced the post of an assistant for work with believers.

“The Federal Penitentiary Service has instituted the post of a FSIN assistant for work with believers. The position has been filled in at least half of the constituent territories,” Gurov said.

He said that in most Russian regions representatives of the Russian Orthodox Church will fill the position, in the North Caucasus – Muslim clergymen.

“In a number of regions the work will be done by representatives of several religions,” Gurov said.