The Russian Orthodox Church is looking to improve its web presence after Patriarch Kirill voiced his concern over church’s reputation on the Internet.

Patriarch Kirill, the head of the Russian Orthodox Church, is urging clergy members to build a more active relationship with the Internet users, RIA Novosti reports. During a meeting of the Russian Orthodox Church’s Bishops Council on 3 February the patriarch suggested that going online would help the church to what it sees as anti-church rhetoric online and in the media. 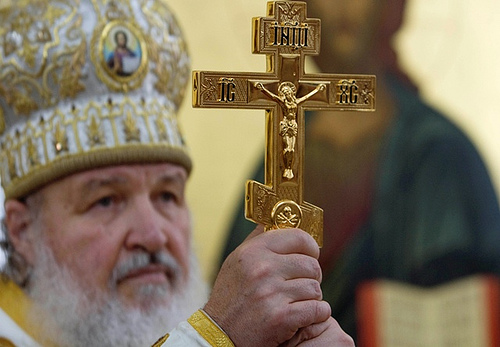 “When a person makes a query on church life in an Internet search engine, he finds a lot of lies, hypocrisy and hatred,” he said, according to RIA Novosti.

The Orthodox Church’s announcement to get web savvy comes after weeks after a similar announcement by Pope Benedict.

In his speech, the patriarch told priests that a person who lives predominantly in the Internet environment is detached from the Christian ideal,and he emphasized that the virtual mission should be complementary and not replace work in the parishes, according to Russia Beyond The Headlines.

“Blogs, social networks – all are offering new opportunities for Christian testimony. To be absent from there means to admit one’s helplessness and reluctance for saving one’s brethren,” he said, RBTH reports

However, the endeavor will not be realized immediately. The church’s spokesman, Vladimir Legoyda, told that it would take around two years to elaborate a concept for a social-media presence, RIA Novosti reports.