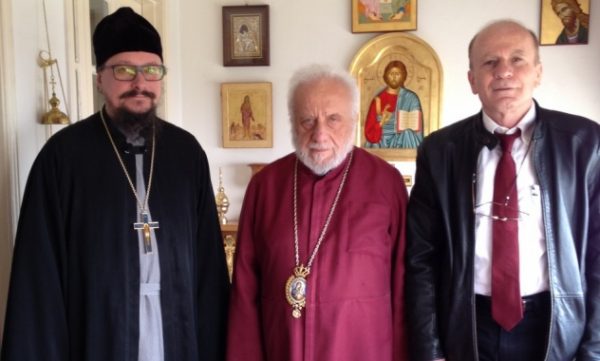 They were joined in then meeting by academician Suheil Farah, honorary president of the Lebanese-Russian House.

Rev. Arseny thanked Metropolitan George for his attention to the needs of the representation of the Moscow Patriarchate in Beirut and particularly for his blessing to allocate without charge a plot of land for a Russian cemetery near the Nourieh monastery located on the canonical territory of the Mount Lebanon Metropolia.

Hegumen Arseny wished Metropolitan George the blessed time during Lent and joyful celebration of Easter and presented him Metropolitan Hilarion’s book ‘The Sacrament of Faith” published recently in the Arabic language.