Source: DECR
Natalya Mihailova | 08 October 2014
On 3 October 2014, a round table discussion was held at the International News Agency “Russia Today” press centre on the situation of Christians in the Middle East. 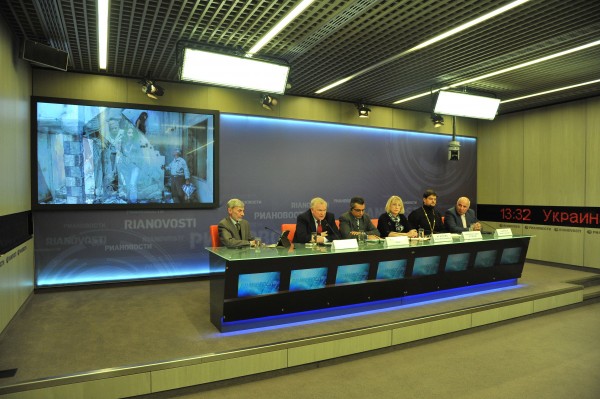 Taking part in it were Ashur Gevargis, head of the Assyrian Patriotic Movement, Ms Yelena Agapova and Mr. Oleg Fomin of the Imperial Orthodox Palestine Society (IOPS), hieromonk Stefan (Igumnov), secretary for inter-Christian relations of the Moscow Patriarchate’s Department for External Church Relations, and David Khinyaev, head of the Assyrian community of Russia.

Hieromonk Stefan noted in his address that the Russian Orthodox Church was deeply concerned with the distressful situation of Christians in the region and paid special attention to it.