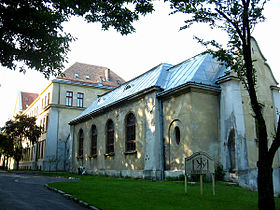 The chief ecumenical-affairs officer for the Russian Orthodox Church has voiced his hope that Pope Francis will not encourage the growth of the Eastern-rite Ukrainian Catholic Church.

Metropolitan Hilarion of Volokolamsk said that the evangelical activity of the Ukrainian Catholic Church—which is by far the largest of the Eastern churches in communion with the Holy See—is “the most painful topic in Orthodox-Catholic dialogue, in relations between the Orthodox and the Catholics.” The Russian Orthodox Church has frequently complained about what it regards as “proselytism” by Ukrainian Catholics in a land that the Moscow Patriarchate regards as its own “canonical territory.”