Source: Interfax-religion
Natalya Mihailova | 02 June 2016
Moscow, June 2, Interfax - Building of the Russian church and representation of the Moscow Patriarchate in Damascus did not suffer any damage, but its parishioners were evacuated, representative of the Patriarch of Moscow and All Russia at the Antioch Patriarch, rector of the Russian parish in Beirut hegumen Arseny (Sokolov) said. 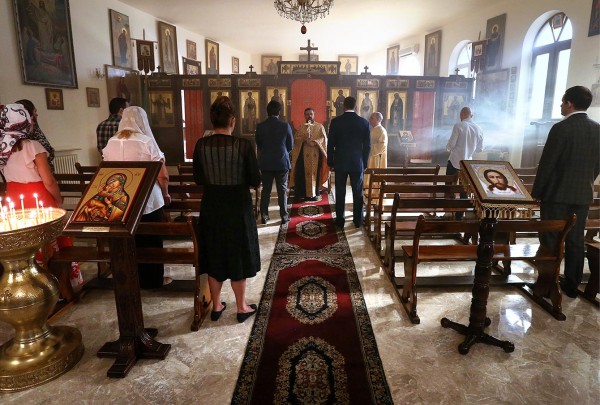 “The church and the building of the patriarchal representation were not damaged. Russian divine services are seldom celebrated there, only several times a year, when I come to Syria,” the priest said in his interview with Interfax-Religionon Thursday.

He noted that the parish at the Russian church representation in Damascus was evacuated. The major part of the representation work is transferred to Beirut until peace settles in Syria.

“Four-five local women come to the Liturgy. Some people are afraid of walking along the city, they are afraid of coming to the service,” the interviewee of the agency said.

“However, there is one peculiarity. Middle East terrorists think they work for God. I recall the words from the Gospels addressed to Christians: “Whosoever puts you to death will have the belief that he is doing God’s pleasure,” he said.