Source: RT
Natalya Mihailova | 05 December 2016
The head of the Russian Orthodox Church, Patriarch Kirill, has consecrated a new cathedral in central Paris, just yards away from the Eiffel Tower, with hundreds of worshippers attending the service he led there on Sunday. 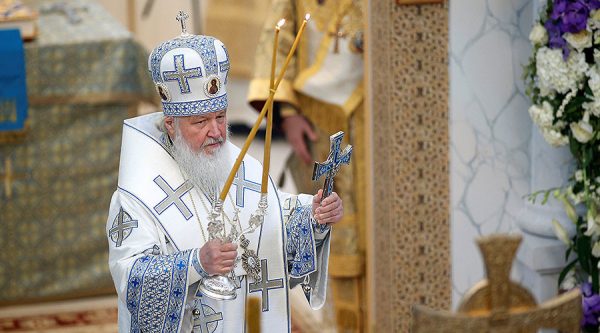 Photo: Benoit Tessier / Reuters
Trinity Cathedral was opened as part of a Russian cultural and spiritual center on the banks of the Seine River in the French capital.

Around 500 Orthodox believers from the Russian community in Paris, including the offspring of Russia’s former princely houses, packed the church for the event.

The Patriarch called the new church a symbol of the close ties between the peoples and the cultures of Russia and France.

“It’s a monument to our close relations in the past and, certainly, a symbol of what awaits us in the future,” he said.

The Orthodox Church leader also thanked France for its hospitality to the Russian immigrants who arrived in the country after the 1917 revolution. 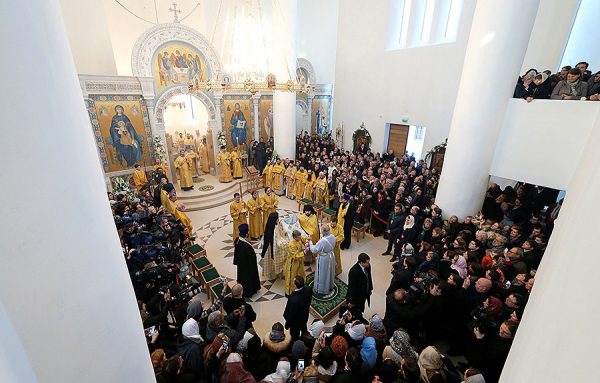 He urged Russians living abroad to “consider themselves members of the Church and to go to church… and by no means allow their children to lose their language and culture.”

“It’s your duty. You can live wherever you want, but you can’t break spiritual and cultural ties with your people,” Patriarch Kirill added, according to Russian news agencies.

Construction on Trinity Cathedral began last April on a plot of land purchased earlier by the Russian government.

Russian President Vladimir Putin was expected to attend the opening ceremony with his French counterpart, Francois Hollande, in October, but his visit was cancelled after the French side shortened the program for his trip amid increasing tensions between Russia and France over Moscow’s veto of a French UN Security Council draft resolution on Syria.

Patriarch Kirill will also travel to Zurich, Switzerland to take part in celebrations commemorating the 80th anniversary of the local Orthodox cathedral there during his five-day trip to Europe from December 3 to 7.

Most viewed articles
Metropolitan Hilarion Speaks on Whether It Is Possible for ROC to Reunite with Old-Believers277
Did God Really Order a Genocide?199
The Temple of Woke: Are Universities Basically New ‘Religious’ Training Centers?162
Businessman Buys a 19th Century Church and Returns It to the Faithful100
Turning Trials Into Hope80
Russian and Arabian Clergymen Celebrate the Memory of Prophet Elijah in Israel72
Patriarch Kirill Mourns over the Death of a Prominent Shepherd, Protopresbyter Leonid Kishkovsky71
Patriarch Daniel: All socio-medical care is of Christian origin56
The Guilt of the Modern Era1
Most popular authors
Pravmir.com team520
Archpriest Lawrence Farley199
Eric Hyde162
Fr. James Guirguis80
Aurelian Iftimiu56
Metropolitan Nikolaos (Hatzinikolaou)1