Source: B92
Natalya Mihailova | 13 September 2017
Russian Patriarch Kirill has said that he always thinks about Serbia with special feelings, and feels at home here. 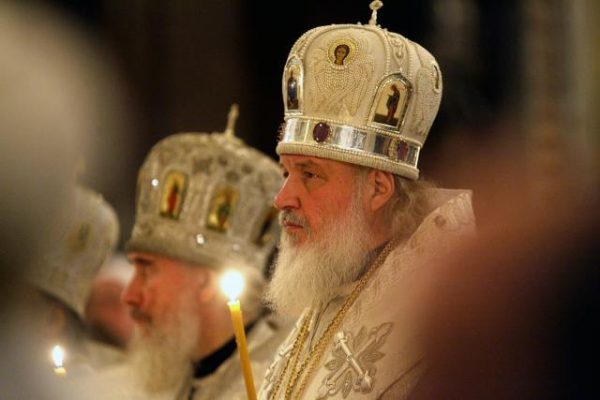 “You know, an incredible feeling overwhelms a Russian when they come to Serbia. You don’t feel you’re in a foreign country. On the contrary, you feel at home, surrounded by your brothers,” the head of the Russian Orthodox Church told the website Iskra in an exclusive interview, Sputnik reported on Wednesday.

“Our countries have so much in common. Above all, of course, there is our common faith, our common spiritual and moral values, our close cultures and close historical ties,” Kirill added.

As he said, long-standing and strong bonds of love exist between the Russian and the Serbian nation, “and what’s most important, they manifest in the most direct, everyday manner, privately, in personal communication between people.”

“I always think about Serbia with special feelings. I have visited your hospitable Serb land several times, back when I was the president of the Church’s foreign relations department. The Lord has dignified me with visiting your beautiful country twice as the patriarch,” Kirill said.

The Orthodox faith, Slavic origins, and the history of Russian-Serb relations have their source in the earliest times of the Slavic Orthodox civilization, he said.

“If we look back at history we can see to what degree, thanks to divine providence, the fates of our two peoples have been intertwined,” the patriarch said, and added that Russians and Serbs have stood together throughout history, facing hard challenges.

“Russia supported Serbia during the First World War. And when the revolution happened in Russia and when belligerent people fighting against God came to power, Serbia – that was itself struggling with the consequences of the war – received a large number of refugees from Russia and accepted them as its own people,” he recalled.

“We Orthodox people, Serbs and Russians, are called upon to, as before, stand shoulder to shoulder in this struggle for our spiritual identity, for the preservation of the Orthodox civilization, defending the God-given marriage as a union between a man and a woman, the value of human life from conception until natural death, without succumbing to false temptations of external material prosperity and without getting seduced by false ideas about human freedom and happiness,” he said.

Asked to comment on the situation in Kosovo and Metohija, the holy Serb land, the Russian patriarch said it is a holy place of martyrdom and covenants that will forever preserve the memory of all those who have suffered there – “just as the stones of the Hagia Sophia Cathedral will forever remember divine liturgies served between its walls.”

“We must always bear in mind that God is not in force, but in justice,” Kirill concluded.