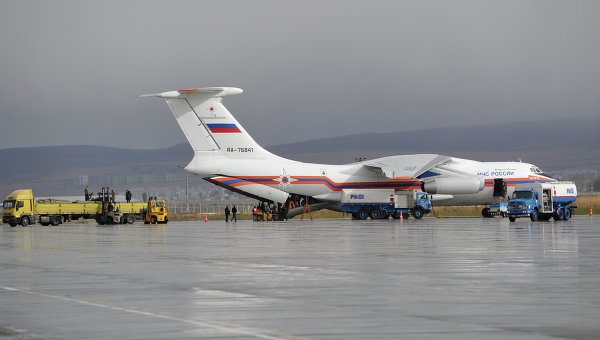 “Today, on direction of Russia’s government, a Russian Emergencies Ministry plane with humanitarian aid onboard took off from Moscow to the Syrian city Latakia,” Drobyshevsky said.

A total of 17 tons of cargo, including canned meat, sugar and baby food will be delivered to Syria. In addition, two tons of humanitarian aid from charitable scientific organization Imperial Orthodox Palestinian Society is on board the aircraft.

“On the return flight the plane will bring 90 people from Russia and CIS countries who wish to leave the conflict zone, to Moscow,” Drobyshevsky added.