Natalya Mihailova | 17 November 2014
Belgrade, November 17, Interfax - Patriarch Kirill of Moscow and All Russia and Patriarch Irinej of Serbia sanctified a monument to the last Russian tsar, Nicholas II, in the center of Belgrade on Sunday. 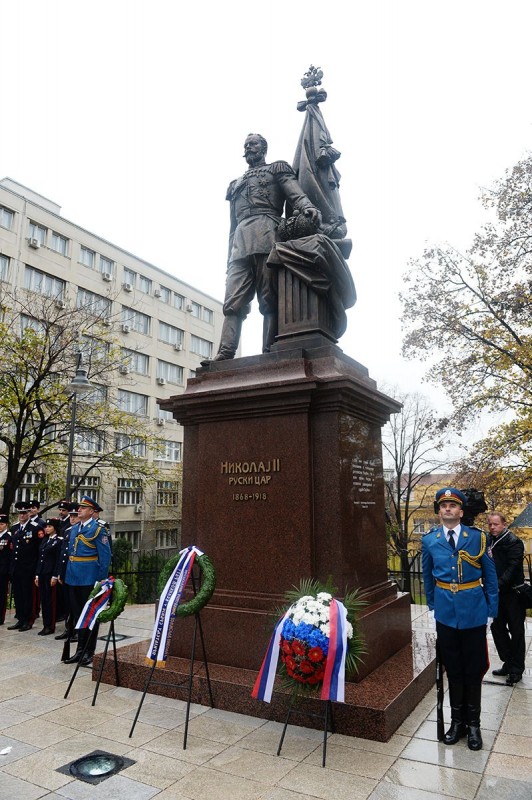 “The role that Tsar Nichols II played in saving Serbia and Europe as a whole is too great to describe it in just a couple of words. He sacrificed his crown, his reign and his life to save Serbia and to save Europe,” the Russian patriarch said. 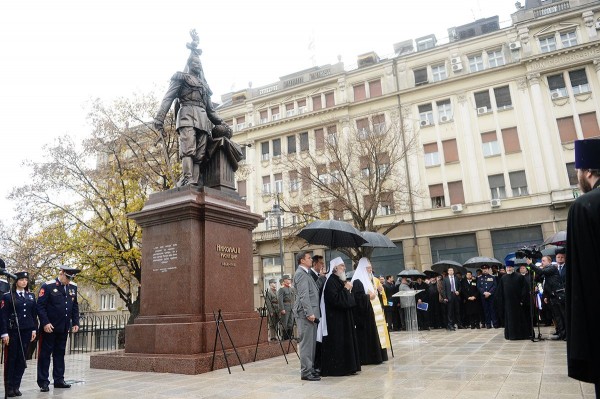 It is noteworthy that the first monument to Nicholas II to have been built in Europe is in Belgrade, he said.

“Nicholas II was remembered by the people of Serbia even when his name could not be said out loud in Russia. What was being said about him was nasty, or nothing was said about him at all,” Patriarch Kirill said.

However, the truth about the Russian tsar’s feat “sprouted trough the iron-and-concrete slab, placed on him and on Russia,” he said. The historical truth must never be forgotten either in Serbia, or in Russia, for it will sprout through like grass sprouts through asphalt, the Russian patriarch said.

The monument was set up in the center of Belgrade on September 13 2014, in a park on King Milan Street, where the Russian embassy was located in the early 20th century. The statue was created by Russian sculptors Andrey Kovalchuk and Gennady Pravotorov.

It is Russia’s gift to Belgrade, while the ceremony was part of a program to mark the 100th anniversary of the beginning of World War I. The park surrounding the monument is being landscaped into one of the city’s most beautiful places.