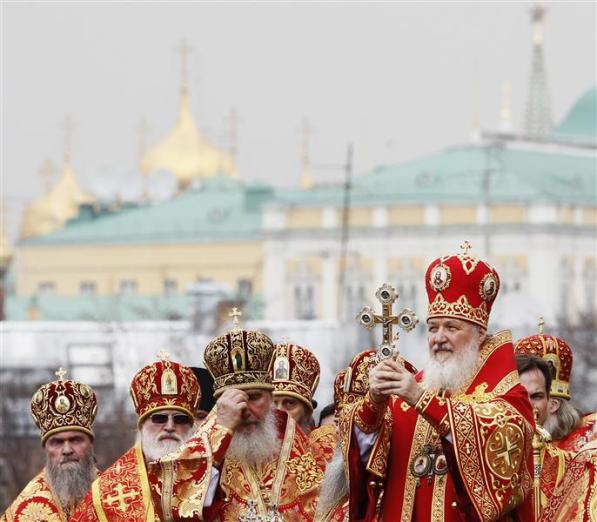 The public opinion survey, which was conducted in 43 Russian regions on February 1-2 and involved 1,500 people, showed that only 15% of respondents are skeptical towards the Church.

Ten percent of those polled said they had recently come across media reports criticizing the Church, as compared with 19% in 2013.

However, 3% of respondents said that representatives of the Russian Orthodox Church can be criticized for their attempts to accumulate wealth, 2% of those polled mentioned clergymen’s inappropriate conduct, and 1% referred to the church’s involvement in politics and remarks made by Archpriest Andrey Kurayev. Another 1% of respondents believe that patriarch Kirill of Moscow and All Russia deserves fierce criticism.

A mere 25% of those polled believe that Orthodox believers have a right to criticize the Russian Orthodox Church. Respondents who took this view also noted that every person is allowed to have his own opinion on different issues (5%), and that justified criticism helps improve work (4%). Two percent of respondents said that it is normal for all people to make mistakes, and the church is no exception. Another 3% said that reasons to criticize the Church exist, and 1% of those polled said that people criticize the Church as an institute, not faith or religion.

Forty-nine percent of those polled said that clergymen are not allowed to criticize their Church, and 24% took the opposite view.

Forty percent of respondents said that non-believers have no right to criticize the Church, and 33% of those polled expressed the opposite opinion.