It’s Not To Be Good, It’s About Being Holy 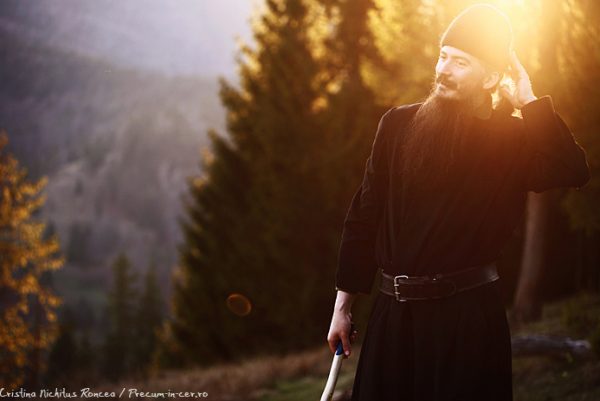 For years I have heard people say that being Christian is about being good or ethical.  Simply put, that is not true.  Never has been true.  I have no beef with people who say that atheists make better ethical decisions than do some Christians.  That may be true.  My objection is that being Christian is not the same thing as being good.  Everyone can find ways to be good, although in a fallen world it is close to miraculous that we are able to live with one another with as little friction and violence as we do.  I marvel daily that there is not more mayhem afoot.  The “goodness” argument is, however, a diversion.

So if Christianity is not about goodness, then what is it about?  For Orthodox Christians, in particular, but one hopes for all Christians in general, it is a spiritual path to holiness.  Holiness?  What an outdated or misused word!

Stay with me.  Holiness has several meanings, none of which is “goodie two-shoes” or “holier-than-thou.”  Those slurs are also a diversion.

Holiness means one of two things: first, separateness – the idea of separating from what is unholy or in other words profane or obscene.  Profanity originally meant naughty acts outside the fanum (the temple where the holy action is) rather than inside, so it meant to defile or disrespect religious acts.  To be holy is to be consecrated, set apart from that which is obscene or profane.  At the same time it means to be involved in the sacred rituals – which may include what we think of as “religious services,” but need not.  Sacredness is primarily in the act, not in the locale. The locale is secondary and a reminder that all of life is to be lived as if you were in the temple.  That’s why obscenity occurs “offstage,” outside the temple, and was unspoken onstage in ancient times.

A second stream of meaning is visible in the Anglo-Saxon words; health, healing, holiness, and wholeness all connect linguistically and in reality.  So holiness means to be healthy and whole, which in past ages always meant that you related healthfully to God, to creation, to others, and ultimately to yourself.  So it has to do with physical and spiritual health and achieving balance.

Now maybe we see that the search for holiness is life-long.  Holiness is not a matter of believing a handful of things you hold intellectually; it has to do with commitment for the long haul, rather like marriage.  It is a way and not a belief system; it not mental so much as it is physical.  It is a walk and not a station.  As Chaucer said of love (following Aristotle), “the life so short, the craft so long to learn.”  We could easily say this of holiness as well.

The two meanings converge if you define holiness as the search for wholeness through consecration and commitment to a respectful, spiritual way of being in the world.

We Orthodox speak of developing the “mind of Christ” (Colossians 3).  This is not a form of intelligence so much as it is a way to see the world.  “All religion is but a looking,” said French seeker Simone Weil, a deeply holy person who saw that the faith she pursued leads to wholeness because it enables us to see the world from the perspective of eternity.  When we take the long view, so to speak, many of the concerns that plague us and throw us off balance recede to the background of our lives, and we are enabled – paradoxically – to concentrate on that which is in front of us, to pay attention and enter into the moment in a whole and holy way. 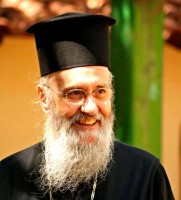 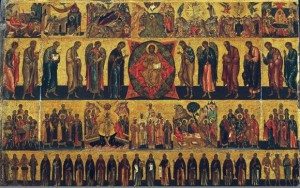 The Church realizes that holiness is not something exceptional or incidental. It is not a supernatural…