Saints are the Earth’s Response to the Divine Love: On St. Ambrose of Optina

Source: Metropolitan Anthony of Sourozh Archive
There is a message which the saints bring to us. They tell us that they also were people like each of us — frail, afraid, vulnerable, that they also lived in a world that tore them away from God, that they also could have turned away together with the world; and yet that if they have not done so, we also can respond to God, we can be like them.
Metropolitan Anthony of Sourozh | 23 October 2014
Sermon given in 1988, the year when St. Ambrose of Optina was canonized by the Local Council of the Russian Orthodox Church. 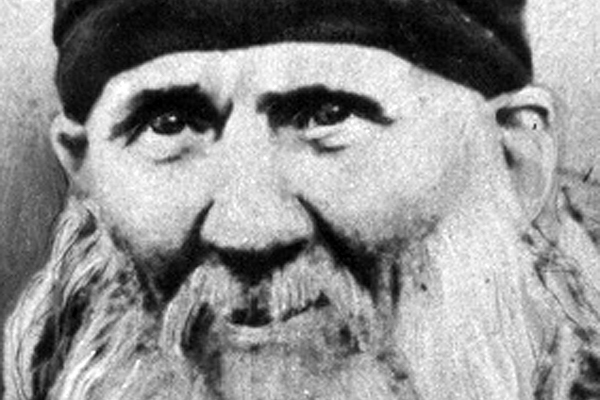 Today for the first time since his canonisation we keep the memory of the staretz Ambrose of Optina. The saints, according to a word of patriarch Pimen, are the glory of the earth. The saints are those who have heard not only in their mind but with all their heart the word of God, who have heard God speak not only outside of themselves but in the deepest recesses of their being and have responded to His words with all their being. Indeed, if the word “glory” means “shining”, “resplendence”, they are the glory of the earth because they are the light of God shining in the twilight and so often in the darkness of human history. And they are also the glory of the earth in another sense — in them we can rejoice that although each of us responds to the love of God, to the truth of God, to the sacrifice of God on the Cross wholeheartedly, timidly, without the total gift of self, which it might imply, the saints have done this and they are the earth’s response to the divine love. They have loved Him back. And in response to His crucifixion, to the horror of death upon the Cross, to the tragic words of Christ, “My God, My God, why hast Thou forsaken Me?” they have responded and said, “Here I am, Lord.” They are the glory of the earth because in them we see that the earth has not remained deaf, blind, insensitive to God’s act of salvation. And so when we think of any of them, we can rejoice — in him the earth has responded to God, love has been met by love, the cross has been accepted and carried and God can rejoice in them, can rejoice, because in them His word, His life, His death, His Resurrection had not been in vain. 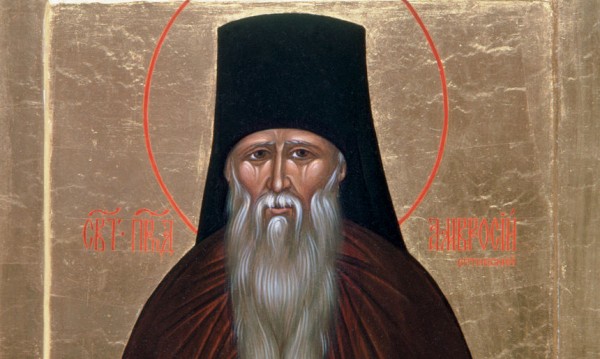 But there is a message which the saints bring to us. They tell us that they also were people like each of us — frail, afraid, vulnerable, that they also lived in a world that tore them away from God, that they also could have turned away together with the world; and yet that if they have not done so, we also can respond to God, we can be like them. And this is why St. John Chrysostom in one of his sermons says that to sing the praises of saints without emulating them is vain and more than vain. It shows that we can see what is beautiful, what is true, was is good and that we do not choose, according to an old saying, to shed our blood in order to receive the Spirit.

So let us rejoice today in the memory of St. Ambrose of Optina, one of the last staretzs of the XIX and XX century. To him came for advice Dostoyevsky and Tolstoy, and Rosanov, and many of those intellectuals who were seeking for the fullness of life and who expressed it at times in a way so accessible and so powerful. It is to him, a simple man with good education but no literary or other genius but who had one genius — the knowledge of God, and another — he was given by God the grace to see the hearts of men, to see the minds of men and to respond to their need.

So all of us, we will celebrate at the end of the liturgy before you come to venerate the cross a short moleben. For the first time we will be able to pray with him and to him together with the whole Church. Many of us has spoken to him in our prayers but it was as to a man in whom we trusted, as we can address ourselves to those who around us call for our trust. But today in the name of the whole Church, together with the whole Church visible and invisible we can pray to him that our mind be enlightened, our hearts made pure, our will made whole, that daring may given us to follow Christ whithersoever He goes and leads us. And also thank God for him who has been during his life an inspiration and a guide, and a joy, and life, and ray of light that dispelled darkness to those who were around him and who has prayed for his people, for our people throughout the world ever since his death.

Glory be to God and thanks be, truly thanks be to Ambrose who generously gave his life and inherited life eternal. 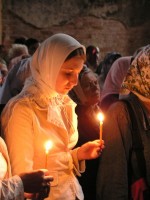 Monasticism and Life in the World
St. Ambrose Elder of Optina

On Relations with One’s Neighbors
St. Ambrose Elder of Optina

1. The Lord nowhere wishes to compel man against his will, but everywhere makes use of…

Most viewed articles
The Cross, the Goo, and the Butterfly82
Bp Timotei: Orthodox Youth Association members are Christ’s “mystical disciples” who are not ashamed to profess Him56
St Alexander Nevsky Cathedral in Howell, NJ, Hosts Diocesan Celebrations of the 800th Anniversary of Its Patron Saint43
Will Everyone Be Saved?37
A Noetic Life34
Metropolitan JOSEPH’S Encyclical for the Year of Youth15
We Must Pray for All: The Salvation of the World According to St Silouan1
Most popular authors
Fr. Jeremy82
Aurelian Iftimiu56
Pravmir.com team43
Jacob Sparks37
Archpriest Stephen Freeman33
Archbishop Joseph of New York and Metropolitan of All North America15
Maria Trushanina1
Metropolitan Kallistos (Ware)1