School children have invented an exoskeleton for stroke victims in Chelyabinsk. They won a grant and will create a prototype 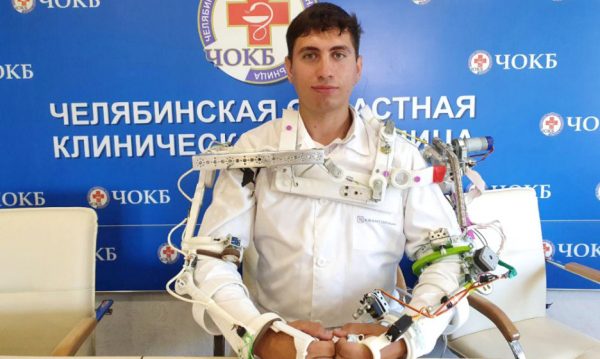 School children from the technology park “Quantorium” have invented an exoskeleton for patients who suffered a stroke. It will help restore mobility in their legs or arms after their partial paralysis. There are already such designs in the world, these devices are worth 3 million rubles. However, children want to develop an exoskeleton, the cost of which will reach 300 thousand rubles.

The exoskeleton gets attached to both patient’s arms – a healthy arm and a paralyzed one. When a patient moves his good arm, the sensors record its movement and make the patient move the non-working arm the same way. The patient sees the effect, and that impacts the restoration of communication between the arm and the brain, according to the “Good news of Chelyabinsk” newspaper.

As a result of rehabilitation, the non-working arm begins to move. 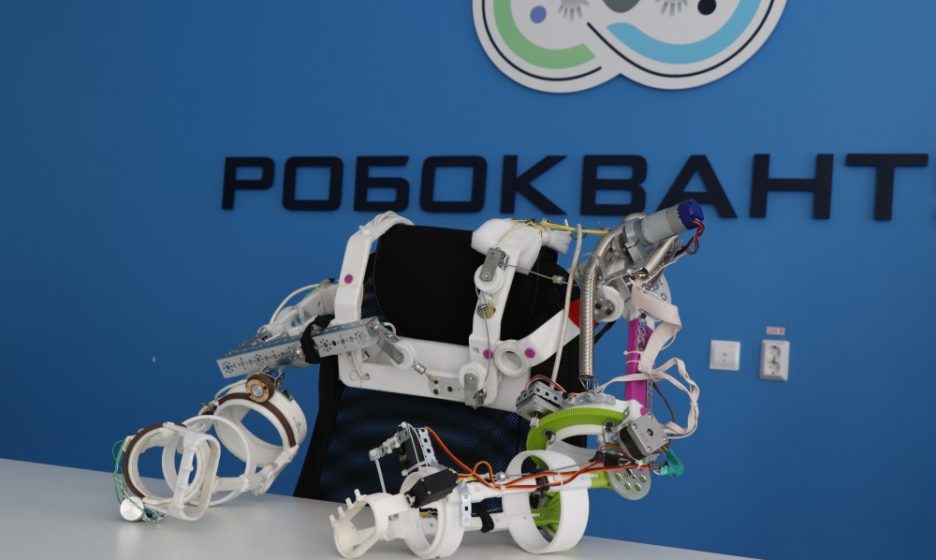 The mirror therapy technique is the basis of this invention. The idea is that the patient is sat at the table, and a mirror is put so that the patient does not see the non-working arm, they see a reflection of the healthy arm instead. The patient looks at their arms and sees that both of them seem to be moving. They try to start moving the arm, which was paralyzed.

Such designs already exist in the world practice. But the price of such exoskeletons is very high: it is about 3 million rubles. Therefore, they are not available to everyone. In Chelyabinsk, the children want to design an exoskeleton, the cost of which will be about 300 thousand rubles.

The team received a grant under the support program for young scientists. Young inventors will create the prototype of the exo-arm. They intend to make the new version to be more compact than the current one.

In addition, the suggestions from the doctors, who advised teachers throughout the development process, will be considered during its creation.

In the “Upside down book” project, people with Down syndrome choose what they want to read and do it together with such famous cultural figures as Timur Bekmambetov, Leonid Parfenov, Boris Akunin and others.

The “Downside Up” and “Love Syndrome” funds have started implementing the educational online project.

Anna Portugalova, a member of the fund’s board, thinks that the culture of accepting people with special needs is a serious problem in a modern society.

— People with this genetic anomaly can not only live among us, but also be the best in their field: they can play in theater, work in cafes, conduct interviews and do so much more. We notice a change in the attitude towards people with Down syndrome thanks to various educational projects, – she told the Agency for Social Information (ASI).

The “Upside down book” project shows the personality of people with Down syndrome, their preferences in literature and reasons for choosing a book. The participants themselves choose excerpts for reading. Books help them deal with their feelings and problems.

Timur Bekmambetov says that he is happy to take part in such a project.

— This was not an act of charity, but rather a desire to learn new things and to confirm once again that every person is valued for their uniqueness. When working on the project, I felt and understood a lot, – said the director.

In Blagoveschensk, a paramedic protected children with his body during a car accident

On August 10, an ambulance was driving to the city hospital. There were five people in the car, including two children, one of whom was one and a half years old, the second one was 11 years old. Suddenly, a Toyota Corolla crashed into the ambulance car. The impact was so strong that the Toyota driver died.

Sergey Rudykh, a paramedic, who was in the ambulance car interior at the time of the crash, managed to secure the children in his hold in a head-on collision, thereby saving the children from severe injuries.

His excellent reaction due to sports helped Sergey. He does karate. He said that he acted quickly and did not hesitate. In a split second, he was able to wrap his arms around the children, thus softening the blow.

Oleg Imameev, the mayor of Blagoveschensk, thanked Rudykh and presented him with a memorable gift and a recognition letter. The head of the city noted that such an act will be an example for everyone. 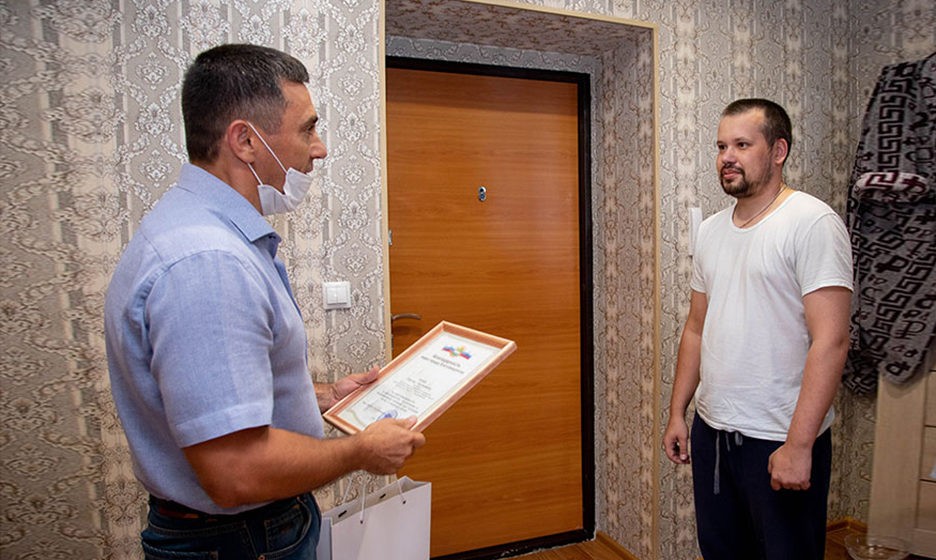