Source: Interfax-religion
Natalya Mihailova | 14 October 2015
Moscow, October 13, Interfax - The National Research Nuclear University (MIFI) rector believes it important for his students to get acquainted with foundations of the faith. 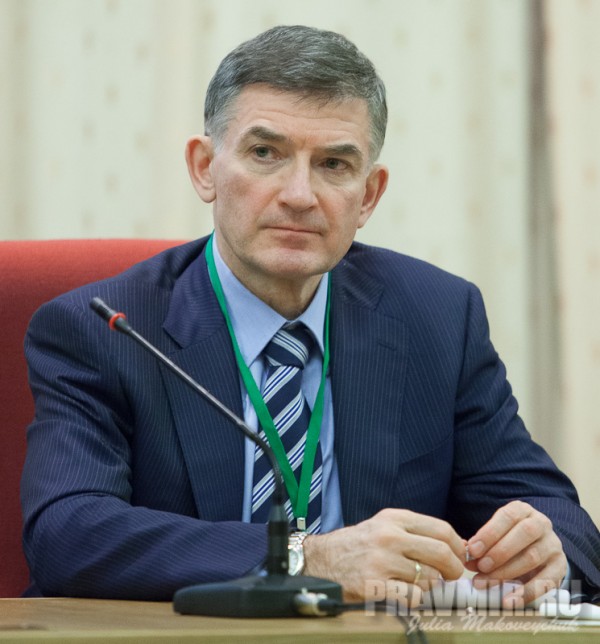 “No secret that science has made the way from proclaiming the priority of knowledge over spirituality (from the epoch of the Reformation) and inevitable deification of it (science) and scientific and technical progress to further disappointment in its almighty power in the late 20th century. Every important step of the greatest scientific discoveries (as previous achievements proved to be not exact or even incorrect) made this disappointment grow,” Mikhail Strikhanov says in his interview with the Nezavisimaya Gazeta daily published on Tuesday.

According to him, humanity eventually comes to mass attraction with occultism, “even open Satanism.” The scientist believes that stories about UFO and phenomena of science fiction and fantasy prove it as it is “a modern form of occult beliefs.”

“It means science that stands on atheistic, primitive positions lead to this Satan form of religiosity,” the MIFI rector believes.

According to him, true scientific knowledge cannot restrict itself with only one method. “In this case, religion and theology become the powerful instrument of studying the world as together with science in its traditional understanding they can create more adequate, multi-dimensional world view,” the rector said.

The Theology department was opened in the MIFI, which is the leading Russian higher educational establishment preparing nuclear physicists, two years ago. This decision caused heated discussions in scientific community and mass media. Earlier, Patriarch Kirill consecrated a home chapel in the institute.

Developing the topic of connections between science and religion, the MIFI rector noted that science is spiritually and morally neutral knowledge, it is neither good nor evil, “but it can turn in evil, in artificial knowledge leading to corruption of human personality and global ecological catastrophe.”

According to him, religion is a set of moral values, and “if physicists and other scientists are not guided by these values, it will inevitably lead to catastrophe of humanity corruption and perish of environment,” Strikhanov said.