The Sculpture “Pilgrims Going From Moscow to the Holy Trinity-St. Sergius Lavra” is Unveiled in Moscow 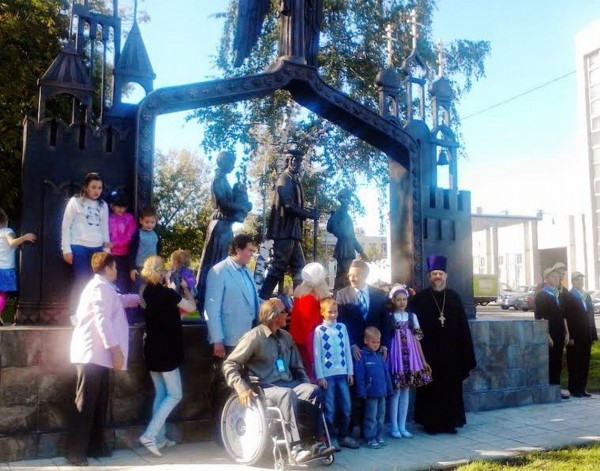 The sculpture was erected in a park at the intersection of Khibiny Drive and Yaroslavl highway; it was realized by the initiative of the Prefecture of the North-East and is in honor of the 700th anniversary of the birth of St. Sergius of Radonezh, the website of the Moscow Diocese states, citing the press service of the Deanery of St. Sergius.

The sculpture of a man with a knapsack, a woman, and a child have all been completed in street-style form, since one can get close to them and take photographs inside the sculpture itself. Behind the pilgrims rise the symbolic image of the Ivan the Great Bell in the Kremlin and, in front of them, the bell tower of the Trinity-Sergius Lavra. The composition is crowned by the figure of an angel.

The sculpture contains bells, including real ones that anyone can ring, as planned by the project’s creators.