Serbian Church dismisses head of its Diocese of Canada

Source: B92
Head of the Serbian Orthodox Church's Dioecese of Canda Georgije (Djokic) has been relieved of his duties by the Holy Synod of the SPC.
Natalya Mihailova | 20 May 2015 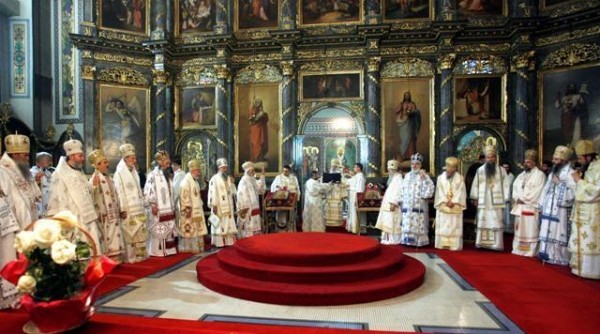 B92 has been able to confirm this on Wednesday.

The bishop was during the past several days responding to allegations made in a report of a commission that accused him of “inappropriate behavior.”

The Belgrade-based daily Blic reported that “Georgije denied all the accusations, noting that he made the neglected diocese into one of the most respected.”

The case of the dismissed Bishop Filaret “is still to come on the agenda of the session of the SPC assembly, after a report on the situation in his eparchy, after which he he will have the opportunity to present his defense.”

The practice of the Synod dismissing bishops in the first instance was introduced in 2010 when Patriarch Irinej took over as the head of the Serbian Orthodox Church. In the last five years, this is the fifth time that the Synod undertook a canonical process and temporarily dismissed an archpriest from running an eparchy.