Source: B92
Natalya Mihailova | 07 January 2015
BELGRADE -- The Serbian Orthodox Church will on Thursday launch its television station, TV Hram ("TV Temple"), that will be available only online. 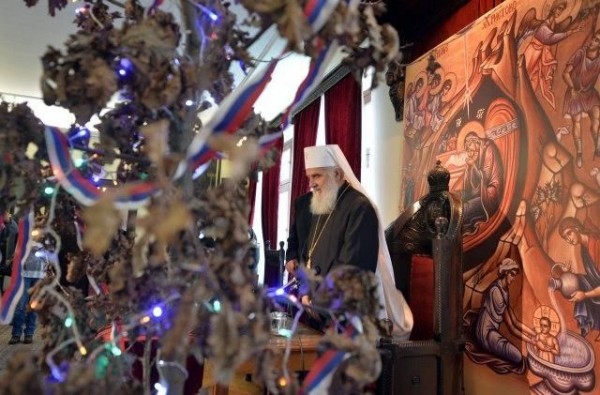 This will coincide with the Christmas holiday period, marked in Serbia according to the Julian calendar, on January 7.

The first program the TV station will broadcast will be an interview with Serbian Patriarch Irinej, who has given his blessing for the project, the newspaper reported.

The Patriarchy’s managing office director and editor-in-chief of television production, Stojadin Pavolovic, says the new outlet will cooperate with electronic and print media from Serbia, Montenegro, and the Serb Republic.

TV Hram has already reached agreement on cooperation with Russian television stations Solyuz and Spas, and stations run by the Greek Orthodox Church.

“Beside the Church-related topics, we intend to present, in the best light, to the country and the diaspora, the goings-on in the Serbian capital city that concern almost every areas, including culture, health care, education, and in relation to that we will achieve cooperation with all state institutions in order to make our program as rich, diverse, and interesting as possible,” Pavlovic explained.