Source: B92
Natalya Mihailova | 03 July 2014
BELGRADE -- A letter explaining the position of the Serbian Orthodox Church (SPC) regarding the canonization of Alojzije Stepinac was recently handed to a Vatican official. 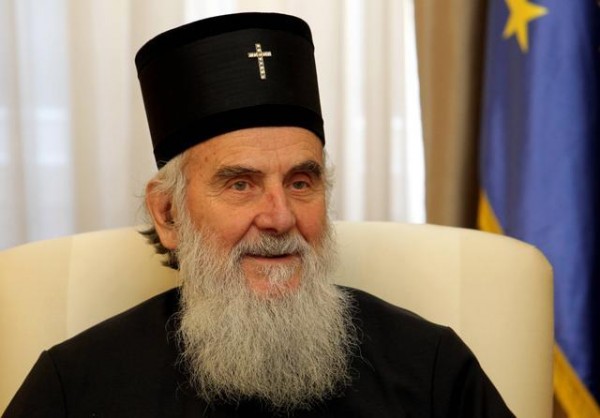 The daily Politika writes that the letter was given to Secretary of the Holy See for Relations with States Dominique Mamberti, who has been on a visit to Serbia.

The content of the message, however, remains unknown, but the newspaper noted that the SPC “undoubtedly does not view favorably announcements that Stepinac could become a saint.”

Mamberti will also take with him to the Vatican another letter dedicated to the same subject, sent by the Serbian president.

In an interview for Politika published in Sunday, SPC Patriarch Irinej said the announcements from the Vatican that Stepinac could be canonized by the end of the year came as “a great surprise” for the Serbian Orthodox dignitaries – “because in order for someone to be a saint, they must be a truly shining and holy personality and be accepted as such by other Christians.”

Stepinac was a WW2-era Croatian Catholic cardinal, convicted after the war for collaboration with the fascist Independent State of Croatia (NDH) entity. The NDH operated death camps during the war that were the sites of mass murder of Serbs, Jews, and Romas.