Source: OCA
Natalya Mihailova | 19 June 2015
At their regular session here on May 29, 2015, the members of the Holy Assembly of Hierarchs of the Serbian Orthodox Church announced the glorification of two clerics who served in North America in the late 19th and early 20th centuries—Bishop Mardarije [Uskokovic] and Archimandrite Sebastian [Dabovich]. 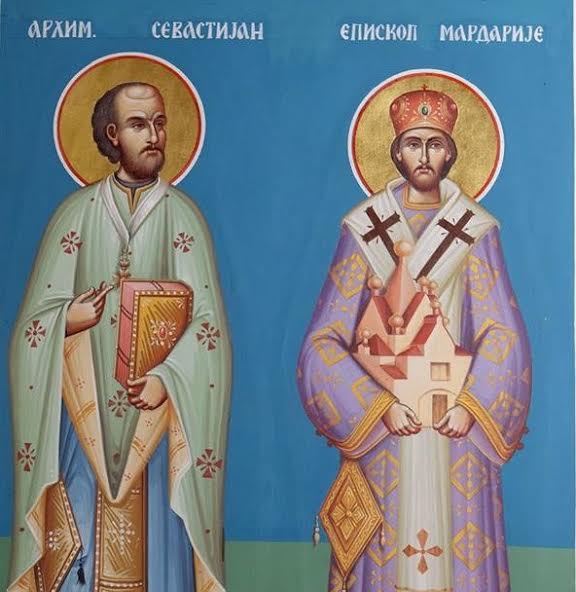 Both saints are being recognized as “preachers of the Gospel, God-pleasing servants of the holy life, and inspirers of many missionaries” for their pastoral labors in America and their homeland.

The glorification came in response to a recommendation by the Episcopal Council of the Serbian Orthodox Church in North and South America.

The annual commemorations of Saint Mardarije of Libertyville, Bishop of America-Canada, and Saint Sebastian of Jackson will be observed on November 29/December 12 and November 17/30 respectively.

Most viewed articles
Hierarch from North Macedonia Gives Advice to the Ukrainian Orthodox Church91
Can God Break A Promise?82
Participating in God’s Vision78
Patriarch Kirill: Faith in the Lord Gives Us the Ability to Distinguish Between Good and Evil72
First Orthodox Prayer Book in Portuguese Published in Portugal71
Lessons from Saint Mary of Egypt50
Patriarch Kirill: We In No Way Question the Healing Power of the Holy Mysteries of Christ!40
Representative of Russian Patriarch Delivers Rehabilitation Facilities to Children in Syria28
Ethiopian Patriarch Thanks Patriarch Kirill For the Support During the Persecution27
Connected to Community1
Most popular authors
Pravmir.com team328
Fr. James Guirguis82
Priest Dustin Lyon77
Justin Doty50