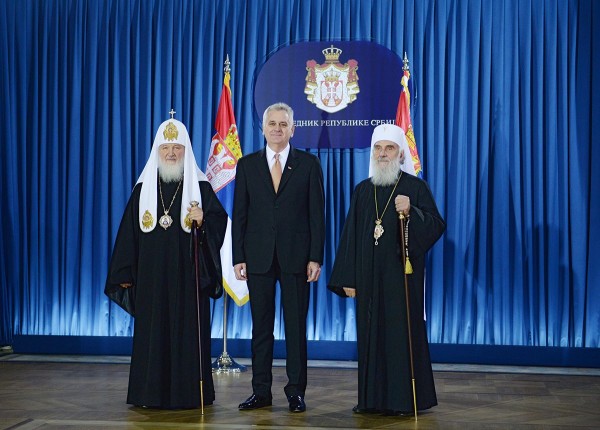 Patriarch Kirill is paying a three-day visit to Belgrade at the invitation of Patriarch Irinej of Serbia and the Synod of the Serbian Orthodox Church.

He added the Serbian people should always remember what Russia did for them, including in the First World War which broke out a hundred years ago and whose centenary anniversary is being marked this year.

Serbia regards Russia and the Russian Orthodox Church as a pillar of support, Nikolic also said.

On Sunday, Patriarch Kirill will attend a ceremony of unveiling a monument to Russian Tsar Nicholas II in front the presidential palace in Belgrade. Under his rule, Russia joined WWI to defend Serbia.

“The Russian tsar risked the entire state and his people when he entered that war,” Nikolic emphasized.

During WWI, 30,000 Russian soldiers fought shoulder to shoulder with the Serbs in the territory of Serbia.

Soviet soldiers fought in Serbia during WWII. In October this year, Belgrade celebrated the 70th anniversary of Belgrade’s liberation from fascist occupiers.