Shame and Envy – Our Secret Sins

Source: Glory to God for All Things
The spiritual life will make little progress and growth so long as such secret sins remain unnamed and unhealed.
Archpriest Stephen Freeman | 28 October 2014 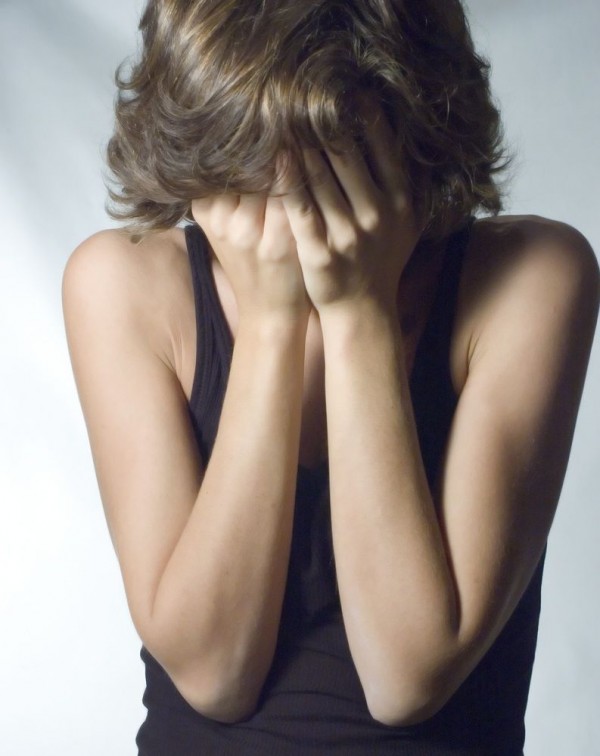 Several years back I stumbled on a book about the sin of envy. I was struck by what I read and realized that I had never heard a sermon on the topic (nor preached one). Though a number of the Fathers cite envy as the first and greatest sin, it never seemed to come up as a spiritual topic. I also realized that it was almost never mentioned in confession. A strange sin – perhaps the greatest and yet held in secret.

Over the course of the last year, a number of things have introduced me to the topic of shame. I have explored its role in my own life and become far more aware of its almost ubiquitous presence in our culture. It is recorded as the first human response to sin – they hid themselves. However, I again noted that I had rarely heard the subject discussed and did not find it to be a topic that arose in confession. A strange emotion – perhaps the oldest human emotion – universal – and almost never discussed.

There are some obvious reasons (and some not so obvious) for the hiddenness of shame and envy. Shame, as an emotion, was overlooked (or reinterpreted) for a long time within the community of psychotherapy. How Freud and others handled its expression is outside the scope of this piece – but it did not make their list of primary concerns. More recent work in psychology has brought greater attention to the topic – with a resulting growth in published material and therapeutic techniques geared towards understanding and treating toxic shame.

Envy’s neglect is less explainable. Pride seems to have pushed it aside. A number of Fathers list pride as the dominant and “original” sin (unlike those who list envy). Our modern culture, for whatever reason, has focused more on pride as an inner issue. The promethean image of Milton’s Lucifer, who would “rather rule in hell than serve in heaven,” has been seen as the quintessential image of pride. Modern man’s push for ever greater mastery over himself and his world are seen by some as rooted in pride and a Luciferian rebellion. However, I think envy is the far more prevalent sin – and far more destructive of both individuals and those envied by them. The New Testament cites envy as the motive behind Christ’s crucifixion (Matt. 27:18).

Shame, by its very nature, tends to be secret. Shame is defined as the sense that there is something wrong with me (rather than that I have done something wrong). Guilt is the term used to describe feelings that what we have done is wrong – whereas shame is far deeper. Mere embarrassment does not rise to the level of shame. For some, there is an almost ever-present sense of shame, a feeling of unworthiness and abandonment that gives rise to a range of destructive behaviors. It is generally understood that shame is a feeling that human beings cannot endure. It is either resolved or quickly changed into more bearable forms (depression and anger – sometimes rage being the most common). Displacing shame by blaming others is another survival strategy.

The feeling of shame provokes a desire to hide. A small child will cover their face with their hands (or otherwise hide their face) or quickly adopt a mask of disinterest or anger to keep shame at bay. Some simply cry. As a male authority figure (with a dark, strange cassock and a long beard), I am used to small children sometimes responding with a “shamed” expression. A parent suddenly presents a small child to me, who is overwhelmed (and thus shamed). Rather than smiling and responding warmly, they burst into tears (sometimes rather inconsolably). It’s disconcerting for all concerned!

I have thought a great deal about the dynamic of hiddenness and revelation that characterizes much of Orthodox liturgical piety. The hiddenness of a mystery, protects us and allows us to cautiously bring our shame into a more open position. Forms of liturgy (and non-liturgy) that boldly announce God and democratize the worship experience never get beyond shallow expressions. Their construction exists to avoid what must stay hidden (or it reveals them inappropriately and asks for them to be revealed in ways that are dangerous and destructive). The drama of the liturgy is both a theological reality and a spiritual balm. The Tradition has a wisdom about the deepest aspects of our humanity and treats them rightly and with respect.

The secrecy of confession is a tool that accompanies the liturgical life. It is a place where the shame that we normally avoid can be dared – and often healed with exposure to the light. But the light is soft enough (when wielded by a good confessor – or one with enough sense to say nothing) not to injure us.

Over the past year, as I noted earlier, I’ve seen how far-reaching the power of shame can be in people’s lives. It is a frequent source of anger; it drives perfectionism; it creates anxiety and panic; it encourages blame and falsely accuses the self; it is the origin of rage. Because it is secret, and generally unbearable, it is often forgotten, hidden within painful memories. The healing of such a thing is a slow work, requiring safety and love. Ideally, the Church should be such a community but very rarely is. Sometimes the local parish is a place where shame is created and nurtured – a spiritually toxic dumping ground.

Interestingly, it is noted in the literature that even discussing shame can cause shame (so I apologize). Shame can go “viral.” There are those awful moments from time to time – a child’s recital when a piano passage is forgotten – the child feels shame and frustration and everyone in attendance shares the shame. Our faces flush, we look everywhere but at the child.

These are profound and deep parts of our lives – again very seldom discussed or recognized. A sizable portion of our behavior and emotions come out of these difficult places. Knowing this should give us pause in our conversations. Am I speaking from the heart or simply displacing shame into some other form? I am convinced that the larger part of our arguments (including religious arguments) are ultimately driven by displaced shame.

Envy (not to forget the topic) is also disguised in our lives. Envy is more than a desire for what someone else has (that would be mere covetousness). Envy wants the other to suffer loss and simply be deprived. In the so-called “politics of envy,” decisions are made to tax the wealthy (for example) regardless of the actual benefit to the state. The recent increase in taxation of the wealthy in France (to 75%), did nothing to address that nation’s financial crisis. It simply attacked a convenient target.

The Scriptures often describe envy as the “evil eye” (ophthalmos poneros). It has a a destructive capacity almost beyond calculation. The passions of various modern revolutions have often been grounded in envy. Unable to achieve a reasonable and prosperous society, revolutions turn with envy towards destruction. The end is mere destruction – not fairness – not equality – just destruction.

Modern cultures have almost no means for addressing shame. A school full of children are murdered (an act of envy) and we rightly feel shame – national shame. But the discussion quickly movements to anger, depression and argument. The shame remains unaddressed and unhealed – a toxic source of our continuing modern malaise.

But these are “secret” sins. The spiritual life will make little progress and growth so long as such secret sins remain unnamed and unhealed. The journey from the shame of Adam and Eve and the envy of the devil into the truth and the light of Christ is the true path of salvation. It is the road less traveled.

A Christian ending to our lives, without shame or fear before the dread judgment seat of Christ, may the good Lord grant to us.

The Silent Song We Need To Hear

Music has its own “music.” There are the notes written on a page, and the notes played by…

The Gospel of Progress – and the New Jerusalem

American fans of Monty Python will be familiar with the opening lines of William Blake’s poem, “Jerusalem” (and…

Patriarch Kirill Speaks on the Importance…

On November 29, 2020, the 25th Sunday after Pentecost, the commemoration day…

The Season to Do for Others…

Metropolitan Hilarion Speaks about Persecution of…

Most viewed articles
“Prepare o Bethlehem!”104
Metropolitan Hilarion Speaks about Persecution of Christians101
The Silent Song We Need To Hear95
The Lord Has Bound Us to One Another By the Thread of Holy Love73
The Season to Do for Others in Christ’s Name46
Patriarch Kirill Speaks on the Importance of Unanimity26
Most popular authors
Fr. Gabriel Bilas104
Pravmir.com team101
Archpriest Stephen Freeman95
Metropolitan Hilarion (Alfeyev)73
Fr. Cornel Todeasa46
Patriarch Kirill of Moscow and All Russia26