It often happens that you do everything right and you’re still stuck single, with no special someone, no date, and you just get to enjoy the fleeting pleasures of playing Trivial Pursuit with the neighbors.
Thomas Eric Ruthford | 06 December 2011

Patience is a heavenly virtue, and it seems that God is giving the Christian Single a task that requires a lot of it. We ought to give thanks to God for everything, including our current situation, even if we don’t really like it. Trying to find that special person is a holy struggle. God had to wait at least 4,000 years to find the right woman to bear Christ, and the Old Testament is the story of this long, long preparation for His coming. Pray that your struggle to find the right person will only be as long as one of the short Old Testament books, such as Ruth or Jonah, as opposed to the Book of Kings, which spans several centuries. 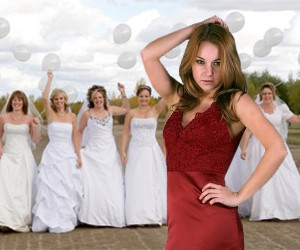 It often happens that you do everything right and you’re still stuck single, with no special someone, no date, and you just get to enjoy the fleeting pleasures of playing Trivial Pursuit with the neighbors. The previous sentence has a fundamental flaw in it, I should admit, and it’s the “you do everything right” part. This is not your problem to resolve. It’s the Holy Spirit’s problem, or one of the Holy Spirit’s many problems, as the primary goal of the Holy Spirit is that you can dwell in heaven forever with God. And for that purpose, you’ll get what you need – a cross to bear and to wear, certainly, but the rest is variable depending on you and your situation – maybe a wedding ring, maybe a missionary assignment in North Korea, or maybe what you need is a bunch of hyperactive kindergartners to teach and take on field trips to symphonies and museums. Once you understand this, your struggle will begin to come into perspective, although I doubt it’ll get any easier.

If you’re like me, and you’re an over-worrier and an over-doer, you’re probably worrying far too much about what to do, and you’re doing far too much, too, revising the opening speech you’ll give if some handsome single man or pretty woman comes to church this week. You’re continuously looking for flaws in your profile on Christian dating sites that you can take out in hopes of making yourself look like the ideal mate. You’re pondering churches in nearby towns that you can visit in hopes of overcoming the slim pickings in the local talent pool. Such a trip is called a romantic pilgrimage, and they usually end in frustration. I once got talked into one by a girl who tried to set me up with one of her friends 60 miles away.

“She’s tall, she’s Christian, she’s pretty, she sings really well, she’s close to your age! You have to meet her!” I actually fell for it, put on my tie and got on a 6 a.m. bus one Sunday. It was June, and the church where this girl attends services is surrounded by plants which I’m allergic to, all of which were in bloom, so the liturgy was just one long sneezing fit for me… Our Father, who are in Heaven, achoo be thy name…The brief conversation I had with her was really, really awkward, basically to the effect of: “Wow, what a nice church you go to!”

“Yes, it is nice,” she said. I didn’t make any progress. If you’re pondering a trip that stupid, you’re trying too hard. Way too hard. If you’re a worrier like me, you’re probably already doing enough. From a spiritual sense, you have exactly what you need right now for your salvation, so you’ll be happier the less you do to try to change your personal standing. In that spirit, let’s talk about not trying too hard to find someone. There is plenty of other stuff to do while you wait:

Write a prayer applicable to your situation and put it in the back of your prayer book. Say it every night. Over time, you’ll revise the prayer. I started out with “O, Lord, find me a girl!” and then I moved to “Tell me whether it’s a girl or a monastery for me.” The prayer that really helped was, “Bless my work today and prepare me for whatever path you have for me, Lord.”

See how long you can go without saying or doing anything about finding someone. It will be liberating for you to discover that your desperate thoughts about dating are not really you, just something your brain does when it’s bored. And, while you’re pretending to be a sane, normal person, someone special might come along and be impressed with you. My own personal record was 45 days. It was liberating.

Get some help from the saints. We are never alone in our struggles, and there are Christians who lived long before us who are in heaven praying for us and helping us. Reading the stories of saints who persevered in their struggles with remaining chaste provided me with a great deal of comfort in my own struggles. I was able to make a pilgrimage to the resting place of one saint who particularly inspired me, St. Moses the Virgin. He was a muscular, handsome fellow who wanted to be a monk at the Caves Monastery in Kiev in the 11th Century, shortly after Rus’ became a Christian kingdom. But, Kiev was invaded, Moses was enslaved by the occupying army, and he was sold to a rich young widow who tried to force him to marry. She held him captive for 10 years before giving up, and then he was able to become a monk.

His hymn, which I kept on the pocket card, went:

You are a New Joseph, great pure, chaste and angelic Moses.With holy hymns we sinners praise and ask you diligently,Pray to Christ God that he heal our passions and give us great mercy.

I love this prayer because it connects Joseph from the book of Genesis, to St. Moses in the 11th Century, to me in the 21st Century.

We’re all called to be saints but if you’re like most of us, you’re also going to goof off in your wandering/wondering time. Some goofing off is helpful, and some isn’t. Let’s start with…

Going out with a slimeball. My wife tells me that this is a real temptation for women – thinking that you cannot find a man who hopes for the life that you want to share and you lower your standards. Here are a few signs you’re dating the wrong guy:

o Wants to know when your priest is going to cast healing spells, like in World of Warcraft.
o Says he’s supportive of your religion, but tries to keep you away from it, complaining of how it controls you.
o Roasts marshmallows over the candle stand during church services
o Wants you to have a “separation of church and state” in your life – he thinks being Christian in church is fine, but expects you to give him what he wants in “the real world.”
o Says he’s religious but the only part of the Bible he likes is the Song of Solomon.
o Thinks the virgin martyrs were an example of abstinence-only education gone too darn far.

One priest I know gave me some very sage advice: Remember that your eyes have been saved by God. In the very act of looking, we are called to glorify Christ.

Find a quirky hobby and push it as far as you can go. Mine is bicycling. My longest day, after years of practice, was 143 miles and 10,000 feet of elevation gain, equivalent to a Tour de France stage (but done slowly). A month later, I got married and am now required to carry a cell phone and check in twice a day.

Learn to cook a lot of recipes. If your future spouse is as picky an eater as mine is, only about a quarter of your recipes are going to pass muster. You’ll need some extra recipes to fall back upon.

Get a dog. Here you will find a true friend. And, probably your dog will be a good test of character for future boyfriends/ girlfriends. Could you be married to someone who doesn’t like throwing a tennis ball 100 times a day? This way, you’ll find out!

Donate a pint of blood every eight weeks. Nothing like a mild case of anemia to suck the passion out of you for a couple of days. And, you’re saving lives!

Buy a studfinder. Girls, try carrying this around at church and point it at boys. If it beeps, he might be worth something! These machines are good for more than locating 2 x 4s. But, be careful, it could also find you a blockhead.

Come up with some pick-up lines:

· Did Father buy some new incense or do you always smell that good?

· You’re even prettier than the saint you’re named after!

Dating and Orthodoxy: an interview by Emily E. Howard with Thomas Eric Ruthford

You Get What You Need by  Emily E. Howard 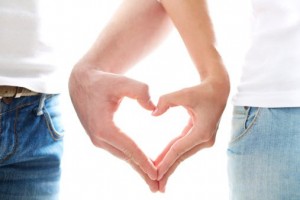 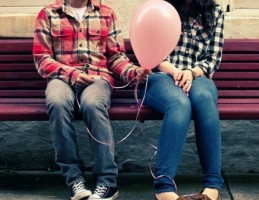 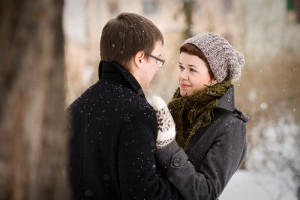 Monasticism: Competing with St. Anthony the Great for love

The romantic notion of monasticism is that at the monastery, the life of prayer is going to unleash…