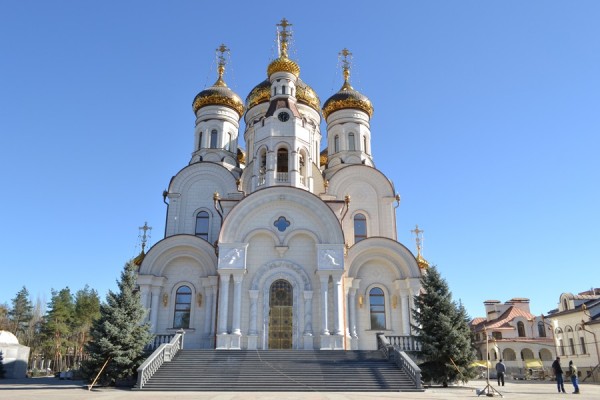 “People were hurt on the Cathedral’s territory. The Gorlovka residents were hiding in the lower church, which had been transformed into a bomb shelter, for more than a week. They went for a walk around the cathedral to take a breath of fresh air,” the diocese said.Six people suffered injuries and were rushed to the city hospital No2 for medical attendance.A woman lost her wrist and a man sustained fragmentation wounds to his legs. A shell fragment hit a man’s head.About two weeks ago a shell fired by the Ukrainian army hit the premises of the Gorlovka Diocese administration.